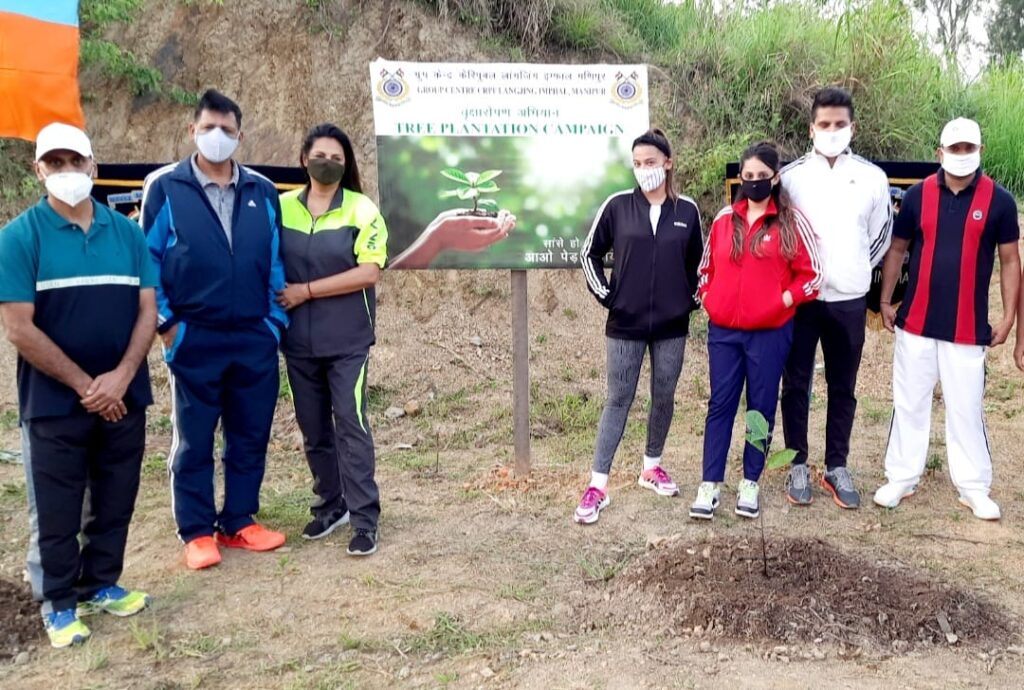 Imphal: Two days ahead of World Environment Day, Group centre, CRPF in Langjing, Imphal organized mass plantation inside the campus hill. Around 500 saplings of camphor, pomegranate, mango, orange, jackfruit, lemon, gooseberry, neem and others were planted inside the CRPF campus.

The mass plantation is headed by the CRPF Commandant, Mr. Dinesh. The chief guest of the event Randeep Datta, PMG, IG, Manipur and Nagaland sector extended his good wishes to all the officers. He expressed, “Everyone must know the importance of our nature consisting of all the living beings on earth are mutually dependent on each other.”

“But due to various un-planned activities of human beings, many species are becoming extinct and the global climate is also changing at very fast rate. It’s influencing our health and also going to give a long term effect on our future. We know that millions of people depend on the forest for their livelihood. Only the tree can make their food itself. But, we people are degrading the forest and greenery very much,” he added.

All senior officers, sub ordinate officers and jawans contributed to make local people aware of the importance of clean environment and advantages of greenery to sustain all living beings on earth.