A group of musicians, including the popular Sufi singer Harshdeep and Sanjoy Das, have reached the venue to perform at the celebrations, set to take place in the picturesque Lake Como.

“We have reached Milan for a very special occasion of Deepika Padukone and Ranveer Singh. I am performing with Harshdeep Kaur along with Bobby Pathak and Firoz Khan,” Sanjoy wrote on Twitter on Tuesday.

Sanjoy later deleted it as the celebrations are being kept as private as possible.

Harshdeep, known for songs like “Heer” and “Dilbaro”, gave a subtle hint to fans by posting a picture from a flight. She captioned it: “Off to a very special place for even more special occasion. Arrivederci?”

Deepika and Ranveer, whose on-screen chemistry in films like “Goliyon Ki Raasleela: Ram-Leela” and “Bajirao Mastani” has been loved as much as their off-screen camaraderie, will tie the knot over two days of ceremonies on November 14-15.

According to Ranveer’s stylist Nitasha, the couple is “love personified”.

“No pictures but it was love personified to see them together today. Couldn’t stop my tears, but these were tears of happiness and so I hope they never do,” she tweeted on Monday.

The couple has been dating each other for six years but never confirmed their relationship until recently. They put rest to months of speculation about their nuptials with a social media announcement of their wedding dates.

After their very private wedding ceremonies, the two stars will have a reception each in Bengaluru and Mumbai on November 21 and 28 respectively.

They have urged their guests to direct gifts in the form of a donation to The Live Love Laugh Foundation, which works towards spreading awareness on mental health. 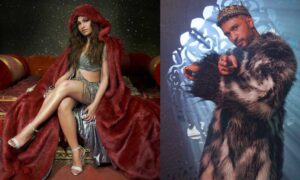 Tulsi Kumar and Arjun Kanungo come together for the first time for an avant-garde collaboration! 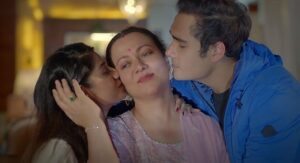