Thiruvananthapuram: State Bharatiya Janata Party (BJP) president K. Surendran called upon Chief Minister Pinarayi Vijayan to quit before the National Investigation Agency (NIA) reaches his office after a NIA team arrived at the Secretariat on Tuesday to collect evidence as part of the probe into the gold smuggling case.

Surendra said, “People of Kerala are in shock after the NIA team entered the Secretariat to go ahead with their probe in the gold smuggling case. Vijayan should quit before they enter his office.”

An NIA team along with top officials of the CCTV department of the Secretariat reached here on Tuesday to check the visuals to find out if the now arrested and prime accused Swapna Suresh or her associates visited the Secretariat.

The NIA had earlier asked the officials to hand over the CCTV footage to them, but due to the voluminous data which had to be copied, it was not done.

The NIA officials are looking at the visuals from July 2019 till the arrests of the accused.

The NIA team also went around the Secretariat complex to check the position of the CCTV cameras.

“It’s now clear that Vijayan does not want to hand over the CCTV visuals to the NIA, as he knows that he will be in trouble. The mysterious fire that broke out in the Secretariat is all part of the conspiracy to destroy the evidence. Even though Vijayan tries to give an impression that the state government is cooperating, but it is actually engaged in destruction of evidence,” said Surendran.

The gold smuggling case was unearthed when P. S. Sarith, a former employee of the UAE Consulate here, was arrested by the customs department on July 5 when he was facilitating smuggling of 30 kg of gold in the diplomatic baggage to Thiruvananthapuram from Dubai.

It turned murkier when the name of Swapna Suresh, a former employee of the Consulate, and employed with the state’s IT Department, surfaced and more so, when her links with Sivasankar, who held the dual posts of Principal Secretary to Vijayan and state IT Secretary, came out.

The IAS officer was subsequently removed from both the posts and then suspended by Vijayan. 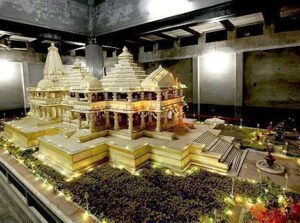