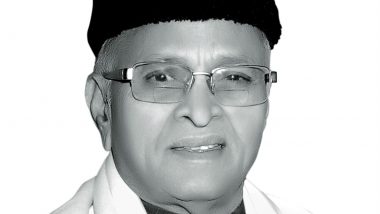 New Delhi: Former Election Commissioner G.V.G. Krishnamurty passed away here on Wednesday morning due to prolonged illness. He was 86.

Krishnamurty passed away about 10 a.m. due to age related ailments. He is survived by his wife Padma Murty, son and senior Supreme Court advocate G.V. Rao, and daughter Dr Radha Bodapati.

“His contribution particularly in strengthening laws and procedures of conducting elections will be long remembered by the commission.”

Krishnamurty’s last rites were held at Lodhi Road crematorium here in the city. A wreath was laid in tribute on behalf of the ECI.