He is survived by four sons Dilip, Ashok, Vijay, Sharad, and a daughter Chandrakala Dawle, besides grandchildren including two who are Bharatiya Janata Party politicians.

Born in Nilanga village in the erstwhile Hyderabad State, Patil-Nilangekar took part in the Indian Freedom struggle and later served as the 10th Chief Minister of Maharashtra between June 1985-March 1986.

A voracious reader, classical music lover and sport enthusiast, in 1968, he had founded the Maharashtra Education Trust which runs over two dozen schools, colleges and specialized education institutions

Chief Minister Uddhav Thackeray expressed his condolences, describing Patil-Nilangekar as “a leader who connected and guided two generations” making immense contributions to the development of the state.

“A freedom fighter with commitment and firm views, he is among the leaders who were at the forefront of the state’s development and progress of the Marathwada region,” said Thackeray.

Deputy Chief Minister and Nationalist Congress Party leader Ajit Pawar said Patil-Nilangekar’s life symbolized the struggle through which he came up and the state has lost a stalwart who helped build up the state with his strong political and intellectual leadership.

Congress state President and Revenue Minister Balasaheb Thorat said that in Patil-Nilangekar’s demise, the state has lost “a visionary and a disciplined leader” who strived for the state’s development.

BJP Leader of Opposition Devendra Fadnavis said Patil-Nilangekar fought for the country’s freedom and was recognized as a staunch and dedicated leader. 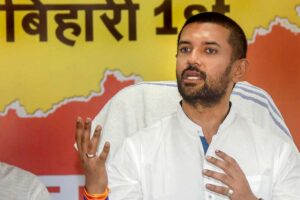 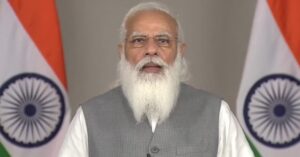