Union Minister for Consumer Affairs, Food and Public Distribution, Ram Vilas Paswan, said on Monday that the government has extended the deadline for mandatory hallmarking of gold jewellery and artefacts from January 15, 2021 to June 1, 2021 on the request of the jewellers, whose business has been affected by the Covid-19 pandemic.

Addressing a press conference here, Paswan said that testing facilities for drinking water and assaying of gold jewellery are being created not only in the eight BIS labs, but also in several branch offices like Hyderabad, Ahmedabad, Jammu, Bhopal, Raipur and Lucknow.

Gold hallmarking is a purity certification of the precious metal which is at present voluntary in nature.

On the occasion, the Union Minister launched the Bureau of Indian Standard’s (BIS) mobile app ‘BIS-Care’ and three portals — Standardisation, Conformity Assessment and Training — of e-BIS on www.manakonline.in for the consumers.

BIS-Care can be operated on any Android phone. The app is operational in Hindi and English and can be downloaded for free from the Google Play Store. Consumers can check the authenticity of the ISI-marked and hallmarked products and lodge complaints using this app. The minister said that the government has taken several steps to protect the interests of the consumers.

He said it is important to ensure that consumers are aware of the standards and quality products and become a part of the efforts to eliminate the supply of sub-standard products.

The minister said that BIS is developing a portal on consumer engagement, which will facilitate online registration of consumer groups, submission of proposals and approval thereof, and complaint management.

Paswan also spoke about the plan to implement the ‘One Nation, One Standard’ policy, and said that BIS has formulated a scheme for the recognition of other standard development organisations in the country with the objective of harmonisation of the standard formulation. It is under examination and will be launched soon.

The minister also touched upon the government’s thrust on the use of non-tariff barriers to regulate export and import and highlighted the role BIS was playing in the formulation of quality control orders (QCOs) to make the standards mandatory.

He said that BIS has actively collaborated with various ministries and departments to help them issue QCOs for 368 products and the work on formulating QCOs for 239 products is in progress.

After the standards become mandatory, manufacturers, both domestic and foreign, have to comply with them. He said the number of licences, which is about 37,000 at present, issued by the BIS is likely to see a sharp jump because of QCOs. 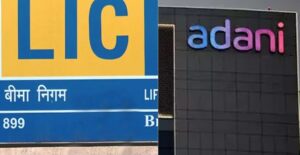