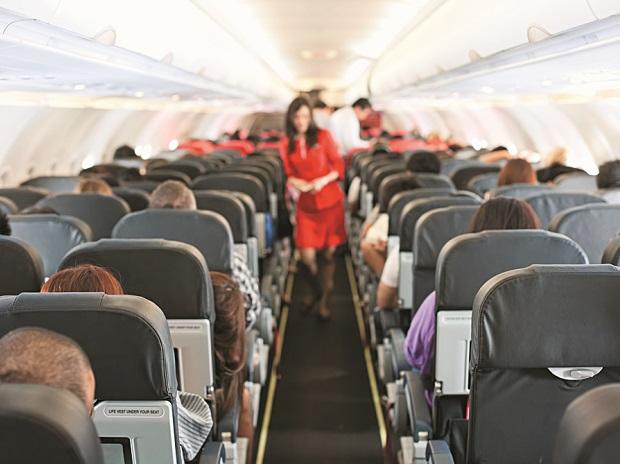 New Delhi: Resurgence of Covid infections along with the re-imposition of partial travel restrictions in some major states have triggered a clamour among a section of airlines for financial assistance as well as reduction of flight capacity.

Voicing their concerns, airline representatives at a meeting with Civil Aviation Secretary Pradeep Singh Kharola have demanded a financial assistance package from the Centre to deal with the second Covid wave.

Besides, the airlines have urged the Centre to consider a reduction of flight capacity from 80 per cent to 60 per cent as bookings have fallen by as much as 50 per cent.

Notably, the Centre till now has allowed airlines to operate with 80 per cent capacity.

The domestic aviation sector was reopened on May 25, 2020 with a limited capacity of 33 per cent. Since then, the operational capacity has only been increased in consonance with rising passenger traffic.

“There has been absolutely no financial assistance from the government for the airlines since the outbreak of the pandemic last year. It is urgently required to save this vital and essential industry,” a senior executive with a leading private airline told IANS.

“Airlines have also demanded a reduction in capacity,” the official added.

Furthermore, some airlines have demanded that DGCA should strictly enforce compliance with lower fare limits as “many instances of tickets being sold at much cheaper fares” have come to light.

In the past few weeks, the tally of daily Covid cases have shot up from 60,000 to over 1 lakh – marking a whopping 52 per cent increase.

The rising number cases and re-imposition of travel restrictions are expected to have a major negative impact on the industry.

According to a Mumbai-based industry insider: “All airlines are bleeding heavily, and sustaining at these levels is not viable. Many airlines are mulling pay cuts and compulsory unpaid leaves. The Centre needs to intervene again to impose calibrated capacity deployment to save the industry.”