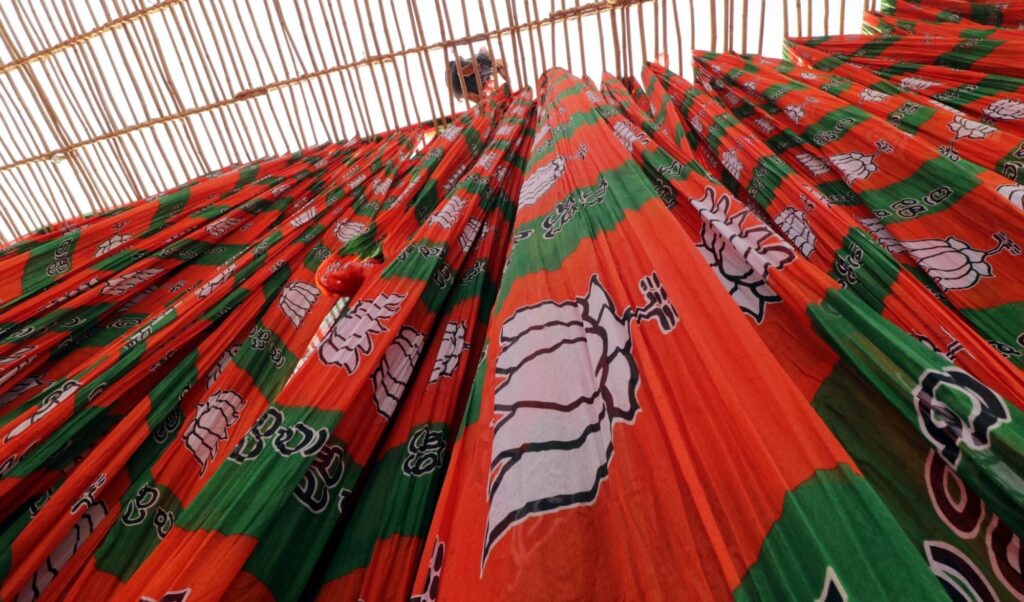 New Delhi: The BJP top leadership went into a huddle on Monday to find a successor of Karnataka Chief Minister B.S. Yediyurappa, who has resigned from the office.

To elect the new chief minister of Karnataka, the BJP will appoint central observers by Monday evening. It is learnt that BJP chief J.P. Nadda, union Home minister Amit Shah and Karnataka in-charge Arun Singh met in Parliament house after Yediyurappa’s resignation and discussed the situation in Karnataka.

According to sources in the party, the BJP appointed central observers for the Karnataka Legislative Party meeting to find out a successor of Yediyurappa.

“Central observer will be appointed by the evening. Till BJP MLAs elect the new leader of Legislative Party, Yediyurappa will work as acting chief minister of Karnataka,” sources said.

A party insider said that the meeting between Nadda, Shah and Singh met for an hour and a detailed discussion was held to find out the new chief minister of Karnataka.

Sources said that some names have been shortlisted by the central leadership considering caste equation in the state. “Caste plays an important factor in Karnataka politics and selection of new chief minister will be considering social equations of the state,” sources said.

Putting an end to speculations about his removal, Yediyurappa submitted his resignation to Governor Thaawarchand Gehlot in the state capital on Monday. After his resignation, Yediyurappa tweeted, “It has been an honour to have served the state for the past two years. I have decided to resign as the Chief Minister of Karnataka. I am humbled and sincerely thank the people of the state for giving me the opportunity to serve them.”

In another tweet, he thanked Prime Minister Narendra Modi, Nadda and Shah for their support. “I am grateful to PM @narendramodi Ji, @JPNadda Ji & @AmitShah Ji for their support,” he tweeted.

During his two days visit to the national capital recently, Yediyurappa repeatedly denied possible change of guard in the state. There was strong resentment against Yediyurappa within the party. During his visit to Delhi, Yediyuruppa met Prime Minister Modi, Nadda, Shah and Defence Minister Rajnath Singh. His visit to New Delhi came in the backdrop of growing voices against him in the state unit.

“During the visit to Delhi, Yediyurappa was asked to resign over lots of opposition within the party against him,” a party functionary said.