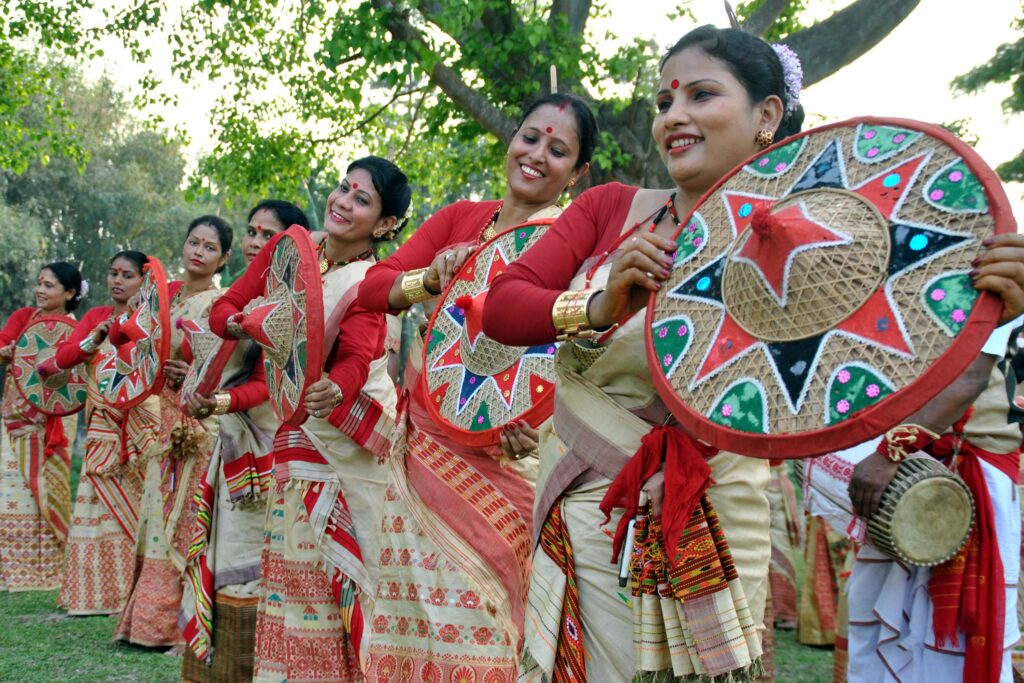 Guwahati: Amid the Covid-19 surge, the people of Assam are geared up to celebrate ‘Bohag Bihu’ or ‘Rongali Bihu’, the beginning of the Assamese New Year, even as the government imposed various Covid-related restrictions.

The number of Covid-19 cases have shot up by 732 per cent since the declaration of the three-phase Assembly elections held on March 27, April 1 and April 6.

According to the Assam health department, the Covid active cases were only 287 on February 26, when the Election Commission had declared the poll schedule for the 126-member Assam Legislative Assembly. The number of active cases climbed to 2,387 till Monday night, registering a 732 per cent hike.

Bihu organising committees in Assam criticised the state government after it had issued a Standard Operating Procedure (SOP) last week to curb large gatherings in view of the rising pandemic.

Limiting the number of participants in each event, the SOPs made it mandatory for the Bihu committees to obtain prior permission for organising the events and wind them up by 11 p.m. every night.

Demanding to continue the celebrations until 1 a.m. in the night, Brihattar Guwahati Bihu Sanmilani Samannay Raksha Samiti advisor, Kailash Nath Sarma, said the government could not force the SOPs on the Bihu organisers.

“Traditionally, the Bihu celebrations start late evening and continue till the early morning hours. The Assam government must relax the SOPs,” Sarma told the media.

The ‘Rongali Bihu’ is the most important and colourful of the three, celebrating the spring festival. All the three Bihu festivals could not be celebrated last year due to the Covid situation and agitation against the Citizenship (Amendment) Act.

Assam’s week long spring festival, ‘Rongali Bihu’ would start on Wednesday with the first day being dedicated to cattle. Before the actual ‘Rongali’ starts on Thursday, the ‘Garu Bihu’ would be observed on Wednesday when all the households in villages bathe their cows by the riverside, followed by songs and merry-making.

Women will make various delicacies, besides ‘pithas’ (rice cakes) while the markets are flooded with hundreds of traditional food items along with clothes to celebrate the festival.

Shoppers, especially women, throng the markets to buy their favourite clothes to mark the tradition of wearing new clothes on the first day of ‘Bohag’. The people also exchange various gifts, including the traditional ‘Gamocha’ (a white piece of cloth with a red border having a customary pattern), with their near and dear ones as a mark of love.