Los Angeles:Maya Jama has revealed that she is unfazed by ex Stormzy rapping about their relationship in his songs.

The Vossi Bop hitmaker, 27, referred their romance in his 2019 song Lessons, but Maya, 26, insisted that it comes with the territory if you date a musician.

Maya said: ‘I feel that going out with an artist, you kind of sign an invisible contract where it’s like, “This is this, it’s everybody’s business”.’

Stormzy’s song, which featured on his Heady Is The Head album, directly name-check’s Maya and their split.

He raps: ‘Fast forward now, my nephew’s still asking for his Auntie Maya, guess this is the karma for what I done to Maya.

‘I just stood and let it burn, I couldn’t down the fire. Lord, I pray you make it easy, that’s my one desire.’

Maya has since been linked to Drake, who reportedly first contacted the TV star in 2018, but she ignored his messages as she was still dating Stormzy at the time.

The God’s Plan hitmaker, 33, even provoked Maya’s ex Stormzy in a new song where he refers to the TV presenter as a ‘sweet one’.

A source said: ‘Drake definitely appeared to have a soft spot for Maya and late in 2018 he started following her on Instagram out of the blue. She totally ignored him and didn’t follow him back as she was with Stormzy.

‘Even when she split with Stormzy it’s not something Maya wanted to pursue and she has left it.’ 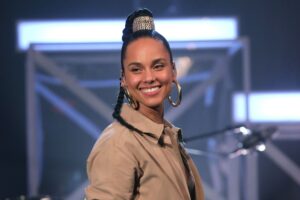 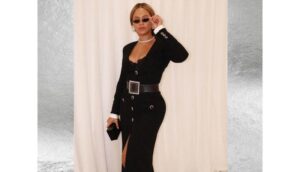 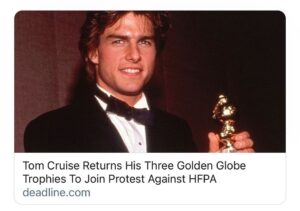