Los Angeles: Its first series was met with rave reviews from critics and audiences. And fans will be delighted with the news that The Witcher has resumed production for its second series.

Filming on the Netflix fantasy drama, starring Henry Cavill, had to be put on hold due to the coronavirus pandemic. But Stephen Surjik, who directed two episodes in its first season, told fans on Wednesday the show was up and running again. Sharing a snap on Instagram, he said: ‘It’s T minus 3 min to ignition and lift off for our second run at Witcher S2. Everyone is being cautious but spirits are high.’

He said the cast and crew have to maintain social distance on set amid the new restrictions. The show’s resumption is even earlier than Netflix had indicated back in June.

The Witcher’s Twitter account said the cast and crew would reunite on August 17 as they announced the news in the form of a Jaskier poem.

They said: ‘I’m dusting off my lute and quill/I have some news, some mead to spill. After all the months we’ve been apart/it’s time for production to restart. The Witcher and his bard – who’s flawless/will reunite on set 17 August. ‘The release date for the highly-anticipated second series is not yet known.

It was commissioned by Netflix before the first series had even aired last year as the streaming site predicted its popularity.  An incredible 76 million households watched the show, a record for a first season on Netflix.

It comes after Netflix announced last month they were making a prequel series to The Witcher, called Blood Origin.

The limited six-part live action series will be set in the Elven world around 1,200 years before the Netflix original and is based on The Witcher fiction books created by Andrzej Sapkowski. The first series was shot in Budapest and was released in December 2019, whereas Blood Origin will begin shooting in the UK and no official release date has been announced.

The original Netflix show followed the journey of the Witcher, Geralt of Rivia [Cavill] a mutated monster hunter who travels across the mythical land on his quest to slay monstrous beasts. 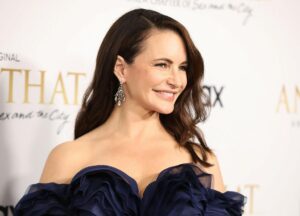