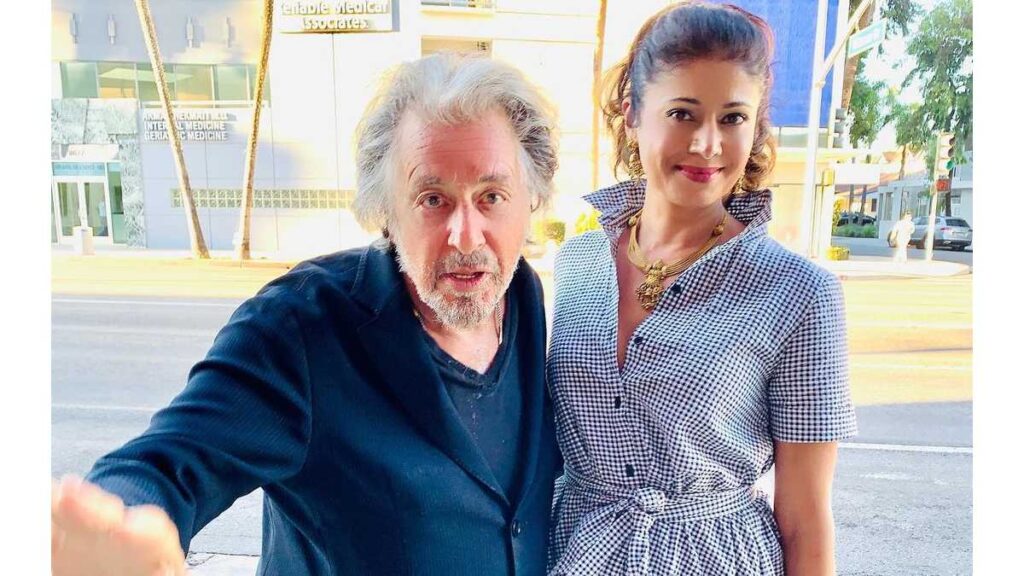 Pooja shared that she even watched Pacino’s movie ‘And Justice For All’ with the actor.

The Indian actress shared a motley of pictures on Instagram. In the images, Pooja and Pacino are seen posing together as they look towards the camera and smile.

She wrote as the caption: “With the legend himself #AlPacino Such an honor. Thank you @gshiraz for the afternoon with Al watching his movie “And Justice For All”.

‘And Justice for All’, which was released in 1979, is a courtroom drama neo noir film directed by Norman Jewison and starring Pacino, Jack Warden and John Forsythe. The film received two Academy Award nominations: Best Leading Actor and Best Original Screenplay.

Pooja, who is married to actor Nawab Shah, is known for her roles in ’90s hits such as ‘Haseena Maan Jaayegi’, ‘Nayak’ and ‘Virasat’.