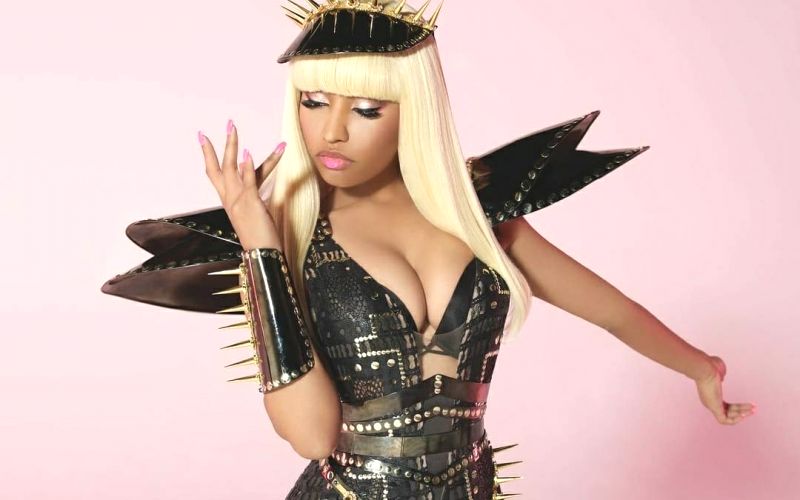 New York : Nicki Minaj has been getting back in the booth, recording new material and she’s asking some A-list R&B singers to join her.

The superstar rapper shared a snippet of what sounds like new music on Twitter, but Minaj wasn’t spitting her usual rapid-fire bars in the video that only showcased her vocals and didn’t show her face. Instead, she was singing some ethereal “Yeahs” over and over again in a hypnotic pattern while humming at the end. “Been really enjoying recording again,” she wrote on Twitter while sharing a fan’s recording of her IG clip.

But she wants a specific trio of phenomenal ladies to really hone in on the sound, and she’s calling on the Barbz to help with the outreach.

She wrote, “Barbz: ask Keke, Tamar & Brandy to redo this. That’s what I sound like in my head,” she tweeted, later clarifying that she meant Keke Wyatt instead of Keke Palmer (whom she added was “my boo”). “Would love to hear ppl who can rlly do it.”

“What is happenING HEY,” Kehlani wrote back with a crying emoji. In 2018, the 26-year-old singer previously guest appeared on Minaj’s Queen Radio on Apple Music. Summer Walker heeded the call by writing back, “I’d love that,” while Yung Bleu boldly shot his shot with a cringe-worthy audition and was quickly declined with Minaj’s “Next caller” tease, according to Billboard.com

“Once I have the a capella vocals I’ll put Smthn special together with it,” Minaj promised her 22.5 million Twitter followers, later explaining her motive for calling on those six singers in response to Kehlani’s original question. “Just challenging 6 gurls to redo that lil thing I sang. It’s on my story. Then I’ll take the a cappella & put together a lil Smthn no big zeal zo.”

It’s unclear what Nicki plans to release, but indicated she will do something similar with her fellow female rappers.