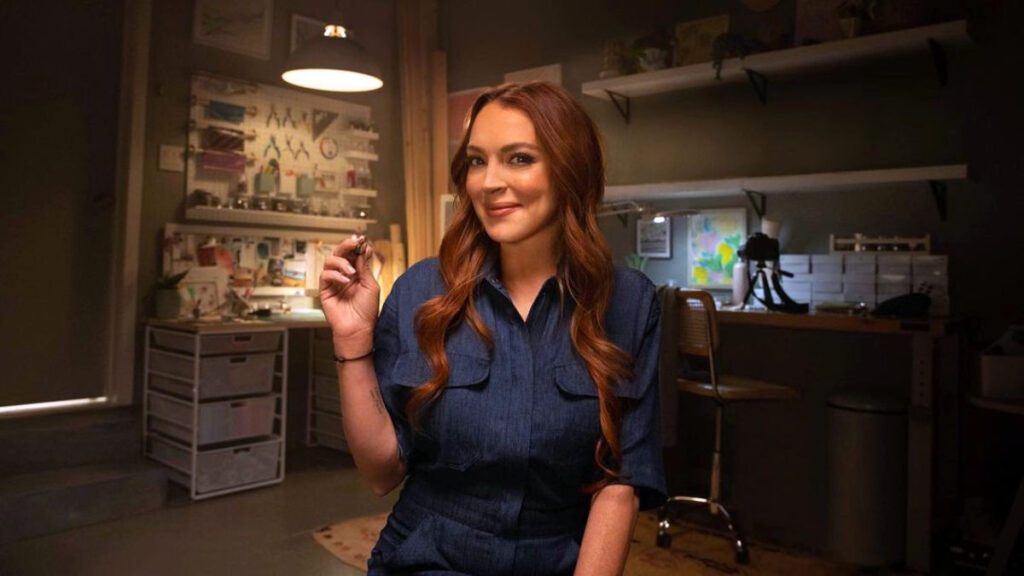 Los Angeles : Actress Lindsay Lohan says living in a country where paparazzi is illegal has been life-changing for the formerly troubled star, as she is free to lead a “private life” away from the cameras, and she has also become pickier when it comes to the work she takes on to lead a more balanced life.

Taking part in Vogue’s ‘Life in Looks’ video series, Lohan said: “It just really happened, how I moved to Dubai. I got there, and I felt a certain sense of calm.

“I think it’s because paparazzi is illegal there. I really found that I had a private life, and I could just take time for myself. I decided to stay there because I really learned to appreciate what it is to go, do my work, and then leave and live a normal life. It took me moving there to really appreciate the time that I take for myself, instead of just going, going, going and learning to say ‘no.’ And really putting myself first, and choosing the things that I want to do, wisely, for me first.”

Lohan, who is engaged to financier Bader Shammas, moved to Dubai in 2014 and travels between the Middle East and her family home in New York, but hasn’t been back to her old home in Los Angeles for a decade after the paparazzi scared her off.

She said previously: “I live here (Dubai), yep, I have been here for about six years. But I go to New York a lot to see my family … and I was in London before this. I haven’t been to LA in over 10 years. The paparazzi definitely scared me a lot (in LA), but I haven’t had any real reasons to (come back) recently.”

The ‘Just My Luck’ star recently signed a two-movie deal with Netflix.

The 35-year-old actress has inked a deal with the streaming giant, which will see her star in two new films after filming upcoming holiday movie ‘Falling for Christmas’.

Christina Rogers, Netflix’s Director of Independent Film said: “We’re so happy with our collaboration with Lindsay to date, and we’re thrilled to continue our partnership with her. We look forward to bringing more of her films to our members around the world.”

Lohan is set to star opposite former ‘Glee’ actor Chord Overstreet in ‘Falling For Christmas’, where she plays a spoiled hotel heiress who “gets into a skiing accident, suffers from total amnesia, and finds herself in the care of a handsome, blue-collar lodge owner and his precocious daughter in the days leading up to Christmas.”

Lohan had largely stepped away from acting.

In recent years, the actress has been seen alongside former ‘Harry Potter’ star Rupert Grint in comedy series ‘Sick Note’ back in 2018 and also made an appearance in ‘Scary Movie V’, both of which are streaming on Netflix.