Los Angeles: Thylane has launched a successful modelling career after being dubbed ‘the most beautiful girl in the world’ when she made her fashion debut as a child.

And Thylane displayed her toned physique in a white bikini as she hit the beach with her new boyfriend in the south of France.

The fashionista, showed off her washboard abs and long legs in the skimpy halterneck two-piece. Thylane arrived at the beach in a black oversized T-shirt which she teamed with shorts and white trainers. The model and her boyfriend decided to take a hike along the coastline before stripping down to their swimwear for a spot on sunbathing.

Thylane, who tied her long hair back into a bun, appeared in high spirits as she playfully flirted with her new beau. Her boyfriend, meanwhile, cut a casual figure in a navy striped shirt and board shorts.

The model was previously in a relationship with Milane Meritte, but the pair appears to have split earlier this year.

The daughter of the French TV presenter Véronika Loubry and football player Patrick Blondeau, Thylane earned the ‘most beautiful girl in the world’ title after making her debut as a child model.  When she was just four years old, she walked the runway for Jean-Paul Gaultier.

Last September, Thylane was in Italy for Milan Fashion Week, walking the catwalk for the fashion brand BYBLOS on September 19.

She walked for a front row packed with Italian celebrities as she strutted her stuff, modelling a sporty ensemble by the brand. That same month, she also announced that she was launching her own fashion brand.

Thylane is now a brand ambassador for L’Oréal, and has been named the face of a perfume by French designer Lolita Lempicka. 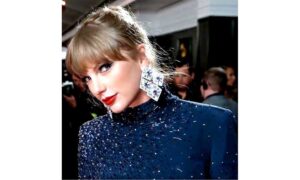 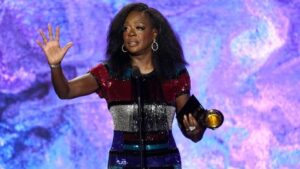 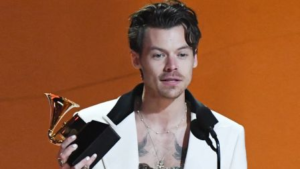