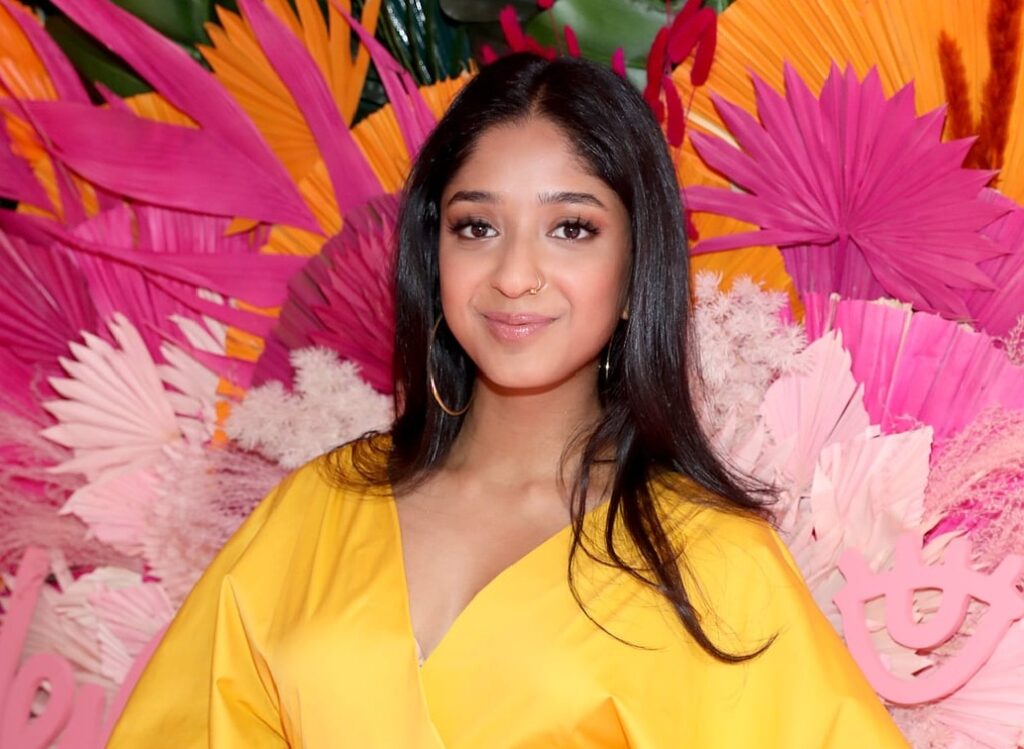 Los Angeles: ‘Never Have I Ever’ star Maitreyi Ramakrishnan is the second person of South Asian descent to grace the cover of the popular Teen Vogue magazine solo.

Versha Sharma, who is the editor-in-chief of Teen Vogue described Maitreyi as a rising star on her post on Instagram.

Sharma, who is the first South Asian American Editor-in-Chief of Teen Vogue, wrote alongside the cover: “My first cover for @teenvogue is here and I could not be happier that it’s @maitreyiramakrishnan, rising star and hilarious talent, looking extra fashionable, surrounded by books. It’s classic brown girl vibes + back to school all in one.”

“The features by@aaminasdfghjkl and photos by@heathersten are so fantastic. link in bio to see it all + my letter (partially to you, partially to my younger self) about why it means so much to me to choose a cover star like Maitreyi – a brown girl allowing so many of us to see ourselves portrayed in a way that is exactly how we grew up. (finally!) and that’s all possible thanks to@mindykaling, too!” Sharma added.

A post from a New York-based media portal The Juggernaut, wrote on the photo-sharing website: “At 19 years old, @maitreyiramakrishnan has made history as only the second person of South Asian descent to grace the cover of @teenvogue solo.”

With Maitreyi, Poorna Jagannathan and Richa Moorjani leading the cast, ‘Never Have I Ever’ is a coming-of-age story that examines Indian culture against an American backdrop.

Tags: Maitreyi Ramakrishnan Never Have I Ever Vogue