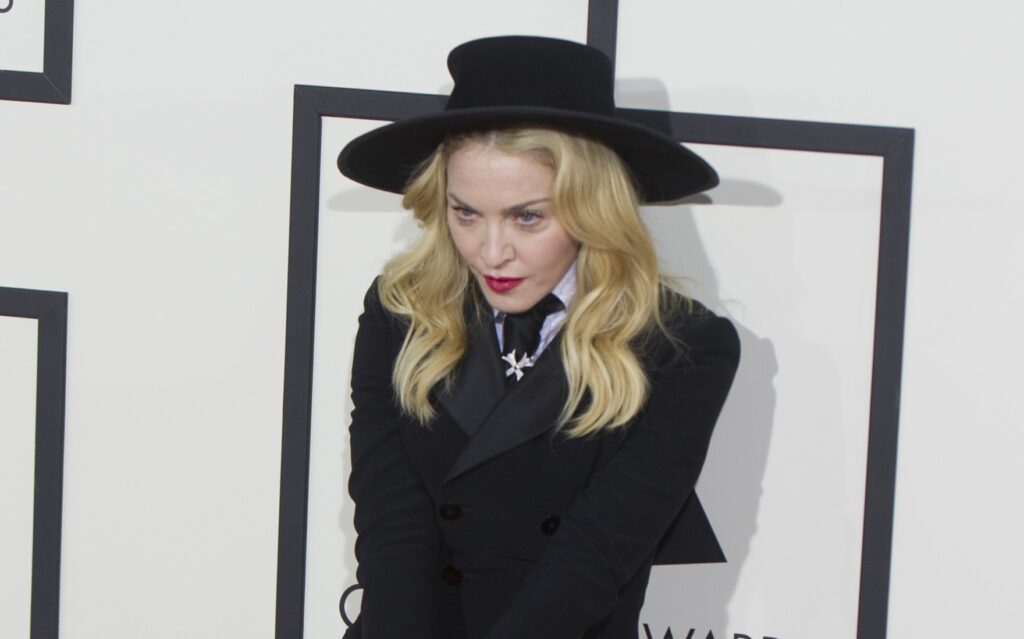 Los Angeles, Singer Madonna has shared a set of pictures on social media about a brave new world on Monday.

Madonna posted three pictures on Instagram, where she holds a placard that reads: “Clean and Sanitized for your city.”

In one, she is also seen holding a drink in one hand. She looks gorgeous in an all-black ensemble with matching beret and cat-eye reading glasses.

The first image has a caption that reads: “Brave,” with earth and drink emoji. The second photo read: “New”, while the third has the word “World” captioning it.

In January, Madonna reportedly visited five countries in three weeks amidst the pandemic. The 62-year-old flew from Los Angeles to London with her backing dancer and boyfriend Ahlamalik Williams.