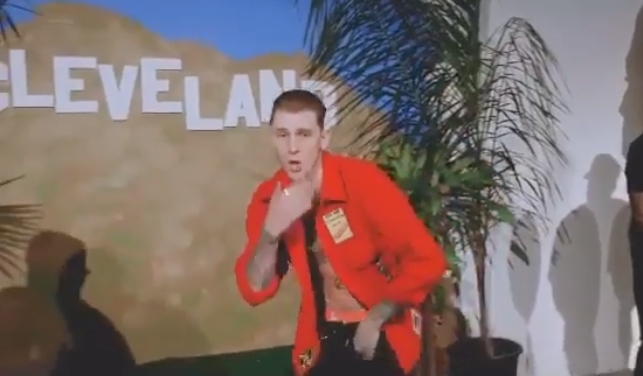 Los Angeles,  Rapper Machine Gun Kelly searched his girlfriend Megan Fox’s house with a weapon to search for an intruder, though he felt he needed to call a “ghostbuster” because there was no one there.

“I’ll be in bed with her and the door would just like (open) but no one is there. And wind doesn’t go through eight hallways to make it to the master bedroom hallway to flip it open,” Kelly said, reports femalefirst.co.uk.

He added: “That’s when I started going, ‘This is disturbing’, minus the part when she first moved into the house and the outside doors were doing that. She called me, she locked herself in the bedroom one time, I came through. I had a weapon to make sure everyone was safe and I went through the house with the weapon and then we realised we needed ghostbusters. What I had was not going to defeat whatever enemy was in the house. That realisation came later, that we were looking for a culprit that doesn’t exist.”

The rapper, whose real name is Colson Baker, feels his home is haunted.

He told talk show host Ellen DeGeneres: “At my house, everyone who comes and stays past 7pm is like, ‘Yeah there’s definitely something in your kitchen’ but I realised they’re like, high ghosts. They’re always making ghost snacks or washing ghost dishes, they’re only doing pantry or refrigerator things so sometimes I let off a ‘thank you’.”