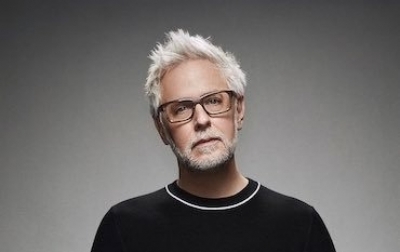 Los Angeles, Filmmaker James Gunn took to Twitter on Friday to make the announcement that he’d wrapped principal photography, also teasing that the Marvel film will feature an appearance from an as-yet “unannounced actor”, reports ‘Deadline’.

His first message to fans accompanied a photo of him with a number of Guardians’ stars, including his brother Sean Gunn, Pom Klementieff, Chris Pratt, Karen Gillan and Dave Bautista. He wrote, “And that’s a picture wrap on the Guardians of the Galaxy trilogy. I love this amazing cast & crew & their beautiful talent & kind souls. I’m a lucky human to have them on the journey with me for nearly a decade (sic).”

Although Zoe Saldana, who played Thanos’ adopted daughter Gamora in all three films, wasn’t pictured, Gunn was quick to note that the actress was, in fact, on site for the wrap celebration, he wrote, “(And yes Zoe was with us,” he wrote, “but the only picture I have with her has an unannounced actor with us!).”

As per ‘Deadline’, while the superhero pic’s plot has been kept under wraps, past instalments have followed the half-human, half-alien Peter Quill aka Star-Lord (Pratt) and his gang of intergalactic criminals as they’ve looked to fend off various threats to their universe.

This will be the third and final in Gunn’s series of Guardians films, with Vin Diesel, Bradley Cooper, Sylvester Stallone and Will Poulter also set to star. Production on the upcoming film produced by Kevin Feige kicked off in November of 2021. Victoria Alonso, Louis D’Esposito and Nikolas Korda are exec producing, and David J. Grant and Simon Hatt serving as co-producers.

‘Guardians of the Galaxy Vol. 3’ is slated to open on May 5, 2023 against Paramount and eOne’s ‘Dungeons & Dragons: Honor Among Thieves’, starring Rege-Jean Page, Chris Pine, Michelle Rodriguez and Hugh Grant.