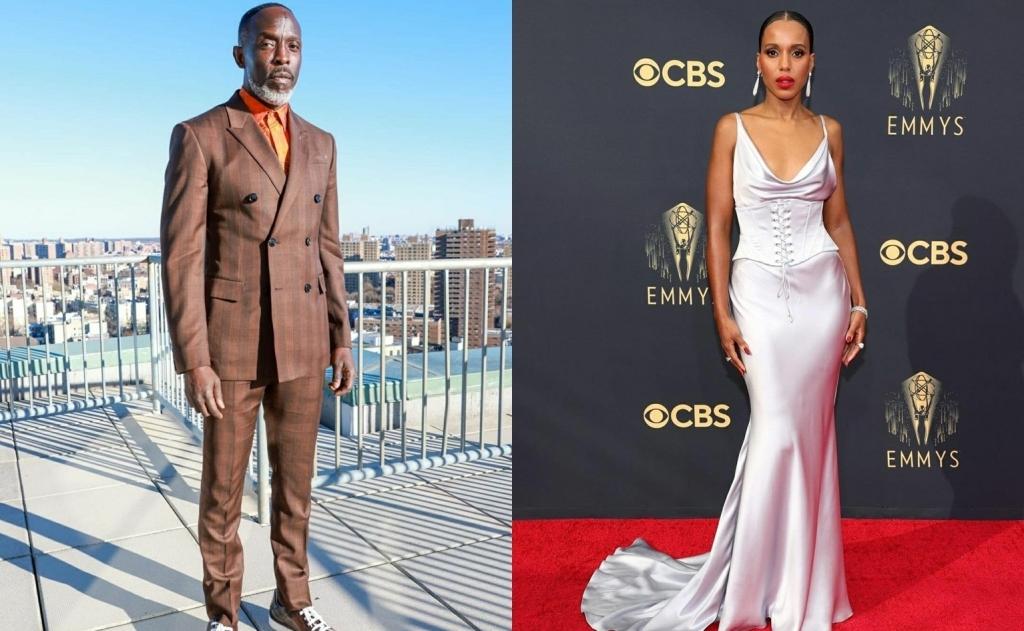 During her brief tribute, Washington called Williams a “brilliantly talented actor and a generous human being who has left us far too soon.”

“I know you’re here because you wouldn’t miss this. Your excellence, your artistry will endure. We love you,” she added.

Nominated in the supporting actor in a drama category for his role as Montrose Freeman in HBO’s ‘Lovecraft Country’, the actor was considered the frontrunner before his death earlier this month at age 54. The win went to ‘The Crown’s’ Tobias Menzies.

Ahead of the event, Williams’ ‘The Wire’ co-star Wendell Pierce took to Twitter, writing, “Tonight at the Emmys, I hope they honor my friend. God Bless Michael K. Williams.”

During the show’s In-Memorium segment, a clip of Williams was also featured of the late actor sharing his stance on paying it forward to the actors who follow him. “The only way for me to say thank you is by making sure that the foundation that I am standing on is strong enough to support the next person that will stand on these two shoulders,” he said in the recorded clip.

Williams, who was found dead on September 6 in his Brooklyn, NY, residence, was best known for his beloved and iconic roles as Omar Little on HBO’s ‘The Wire’ and Albert “Chalky” White on the HBO series ‘Boardwalk Empire’.

The posthumous Emmy honour would have marked his first career and individual win, and his fifth overall nomination. He was previously nominated for roles in Netflix’s ‘When They See Us’ and HBO’s ‘Bessie and The Night Of’. The 2021 win would have made Williams only the seventh posthumous performance winner in the history of the Emmys.

The ‘Lovecraft Country’ star’s nephew Dominic Dupont – the subject of a Vice documentary that garnered Williams one of his four prior Emmy nominations – had planned to accept the award on his uncle’s behalf.

Prior to Sunday’s ceremony, an outpouring of social media tributes followed the news of Williams’ death by members of the entertainment industry.

Williams’ ‘Lovecraft Country’ co-star Jurnee Smollett also shared an emotional message on her Instagram, reflecting on her time working with her co-star and his upcoming absence from Sunday’s ceremony.

“He was supposed to be here with us this week in LA for the Emmys,” she wrote. “He was supposed to see how big Hunter is, we were gonna dance, celebrate, cry. Instead our brother was laid to rest today. I still can’t make sense of it. Perhaps it’s selfish of me to want to hold onto this beautiful man that came into my life & forever changed it.”