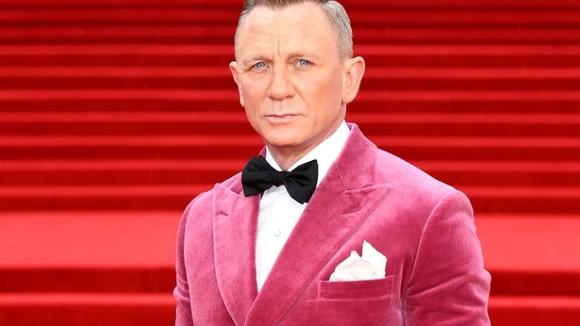 London : Hollywood star Daniel Craig has been granted the same honour given to his secret agent character James Bond as the actor is recognised in the New Year’s Honours list.

Daniel Craig has been made a Companion of the Order of St Michael and St George – the same honour given to his character ‘007’, reports mirror.co.uk.

The actor, who took his final turn as Bond in ‘No Time To Die’, the latest instalment of the spy thriller, has been recognised for services to film and theatre in the New Year Honours list.

The accolade is often given to diplomats, and fictional spy James Bond, who Craig played in five of the 25 films, is described as holding it in both the films and the books by Ian Fleming.

Ahead of the release of ‘No Time To Die’ in September, Craig was made an honorary commander in the Royal Navy, another rank held by James Bond.

The following month, he was honoured with a star on the Hollywood Walk Of Fame. The star was also recently named the year’s highest-paid actor.

The 53-year-old’s final outing as the secret agent also ended with a bang as ‘No Time To Die’ achieved incredible success at the box-office – making it the fourth most successful Bond film in history.

The star first took on the role as the British spy in 2006’s ‘Casino Royale’. He then lit up the screen in ‘Quantum Of Solace’, ‘Skyfall’ and ‘Spectre’.

Following multiple pandemic-enforced delays, ‘No Time To Die’, which was set to hit screens in 2020, got it’s highly anticipated release in September following a star-studded royal premier at London’s Royal Albert Hall that same month.

In attendance were the Prince of Wales, the Duchess of Cornwall, the Duke and Duchess of Cambridge and the likes of pop star Billie Eilish who sang the new Bond theme song.