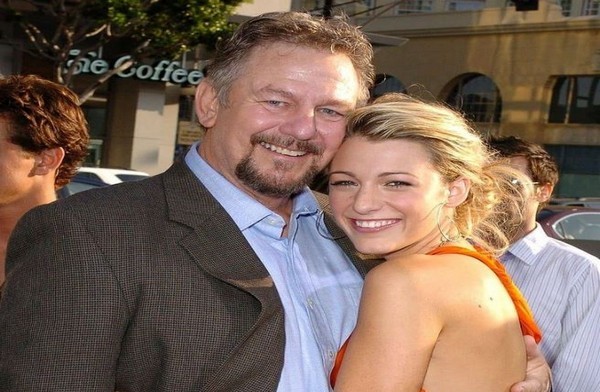 Los Angeles, Hollywood actress Blake Lively’s father and actor Ernie Lively, who worked in films such as “The Sisterhood Of The Traveling Pants” and “Turner & Hooch”, passed away aged 74.

A representative for Ernie Lively confirmed his death to variety.com.

In the two instalments of “The Sisterhood Of The Traveling Pants”, released in 2005 and 2008, Ernie played the father of Bridget, a character essayed by his daughter Blake.

Besides Blake, Ernie’s other children including Jason, Eric, Robyn and Lori Lively have pursued careers in film and television, too.

Ernie, was born in Maryland, Baltimore, in January 1947. He earned his first acting credit at age 28 with an appearance on “The Waltons”. Four years later, he was cast in “The Dukes Of Hazzard”.

Ernie also featured in films such as “Shocker”, “Air America”, “Showdown In Little Tokyo”, “Passenger 57”, “The Beverly Hillbillies”, “Mulholland Falls”, “American Pie 2” and “The Perfect Game”. His last big screen outing was in 2020, in the horror film “Phobic”.

Ernie is survived by his wife Elaine and their children, as well as his sister Judith and nine grandchildren.