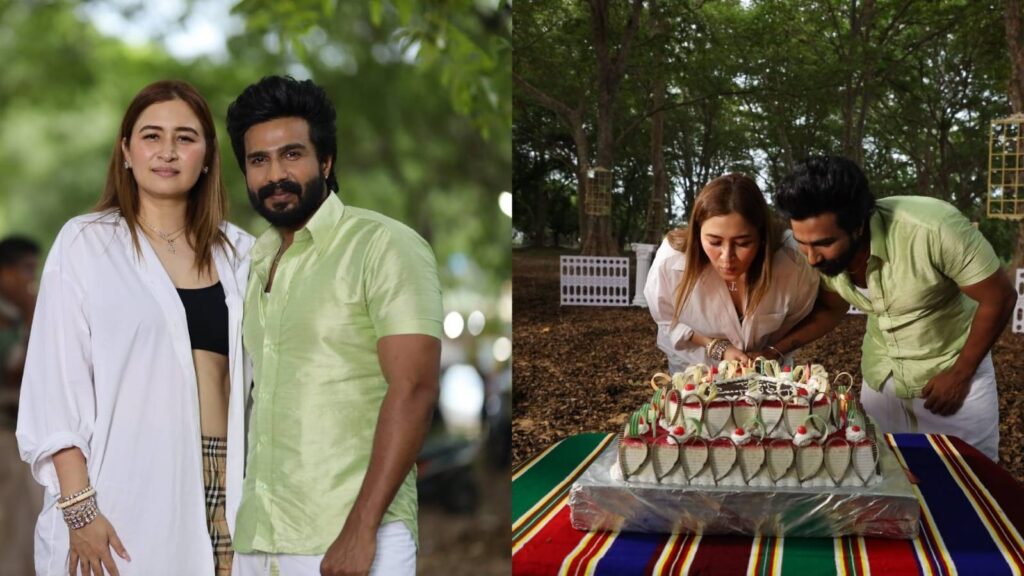 On Friday, Jwala posted a picture of them both cutting a cake to celebrate their first wedding anniversary and wrote, “Happy first anniversary husband! Am sure you feel very lucky to have such a caring and responsible wife!!”

Interestingly, Vishnu Vishal, who delivered a superhit in ‘FIR’, had only recently announced that he had chosen to take a break from social media.

The actor had, on Thursday, tweeted,” Hello guys…Taking a break is very important for life. Taking a break from social media for sometime. See you soon.”

His production house Vishnu Vishal Studioz, however, tweeted pictures of the couple celebrating their anniversary on the sets of the actor’s much-awaited film ‘Gatta Kusthi’, a sports film which is being directed by Chella Ayyavu.