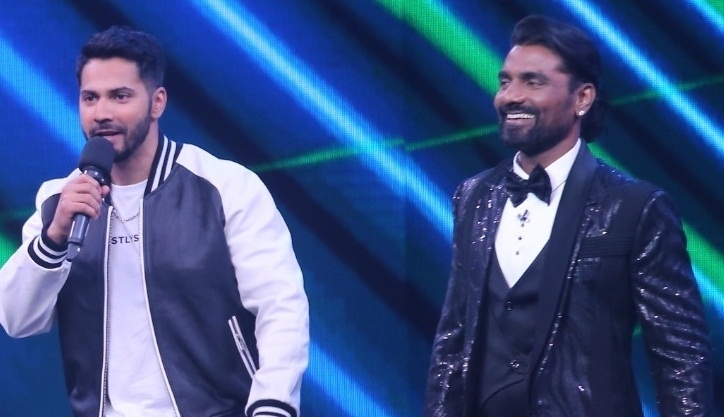 Mumbai : Bollywood actor Varun Dhawan got emotional on the sets of ‘DID L’il Masters’ while talking about choreographer-filmmaker Remo D’Souza’s health scare.

With the finale coming up, viewers are in for a treat as the star cast of ‘Jugjugg Jeeyo’ – Anil Kapoor, Kiara Advani, Varun Dhawan, Prajakta Kohli, and Maniesh Paul will be seen appearing on the show to motivate the top 5 contestants to give their best.

While they brought the house down with their funny antics, intriguing anecdotes, and enchanting dance moves during the shoot; it was Remo D’souza’s power-packed performance that entertained one and all.

In fact, after the phenomenal act, Varun Dhawan and skipper Vartika Jha also decided to shake a leg with Remo on ‘Illegal Weapon 2.0’.

He even poured his heart out and got emotional as he spoke about Remo’s recent health scare. The actor mentioned that he was extremely worried when he heard that Remo had suffered a heart attack.

Varun went on to thank the ace choreographer’s wife, Lizelle, for being his constant support system and helping Remo get back on his feet.

As Varun mentioned, “I have never said this before, but I will today! Not a lot of people know, but Remo Sir is very close to my heart, and he will always be. In fact, I was really very scared when I got to know about his health scare, and I would really like to thank Lizelle for taking care of him and always being his support system.

“I know she is the reason why Remo sir is standing here today; she has motivated him to get back on his feet. I love him from the bottom of my heart, and I am happy to see him on DID L’il Masters’ Finale.”

While Varun and Remo’s adorable conversation will melt your heart, wait till you witness the other extraordinary performances of the top 5 contestants and their intense battle during this Fantastic Finale!