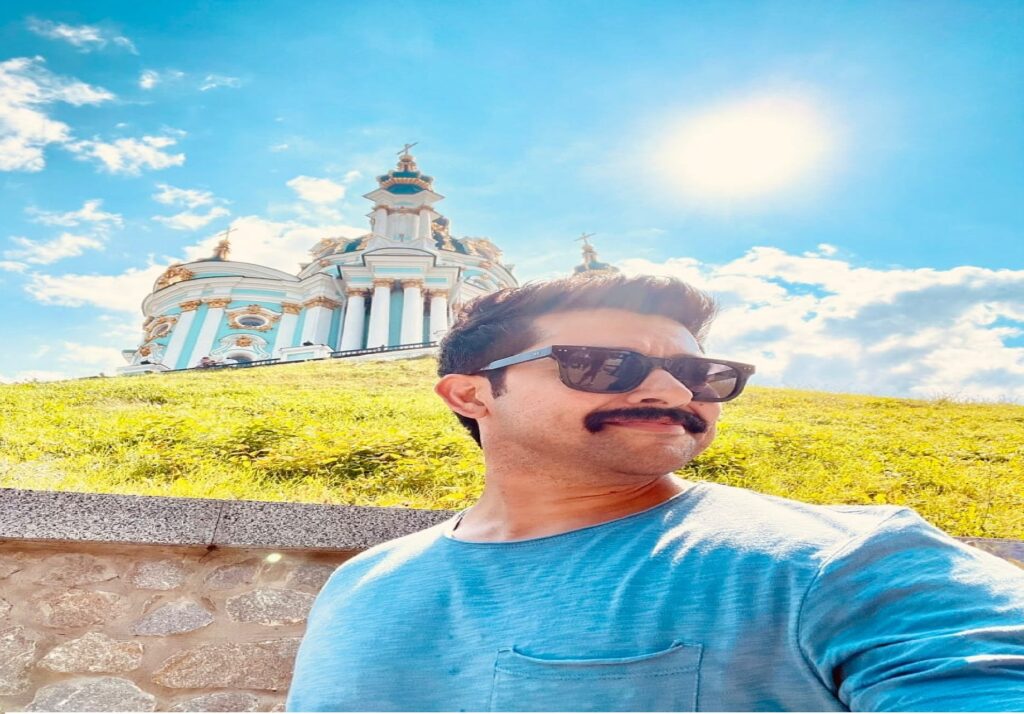 Aftab has joined the cast for the upcoming season of the espionage thriller. Also, the actor is visiting Ukraine for the first time!

Sharing his experience of shooting in Ukraine, said Aftab: “The weather here is warm, around 29-30 degrees. The days are long as the sun sets at 9.30 pm, so a lot more can be achieved during the day. We start the day early around 7 am hence wake up at 6 am. The local crew and people here are great and very supportive to work with and we are having a very productive time here.”

Quizzed if he has tried tasting the local cuisine, the actor replied: “I haven’t had the opportunity to have the local food here as they have a lot of meat and I’m a vegetarian. So, I mostly indulge in salads and something light as it’s also hot to eat heavy meals.”

Being a first-time visitor, the actor also revealed that he has managed to do a bit of sightseeing in between shooting schedules.

“I did manage to do a bit of sightseeing – the Independence Square (also called Maidan), St. Sophia’s Cathedral, St. Michael’s church, St. Andrews church, the Andriyivskyy Descent among a few places so far,” Aftab informed.