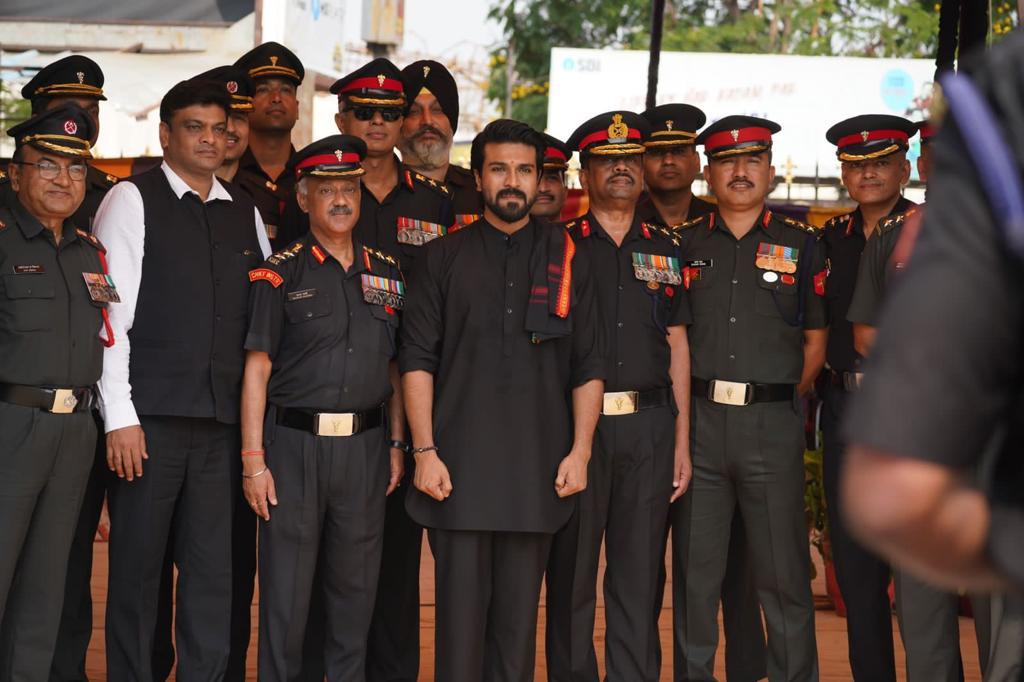 Ram Charan inspired the 800 to 900 students, War veterans, Army soldiers, Gallantry Award Winners and Media professionals who attended the event with his profound words. He asked the students to remember how Army officers brave the harsh weather from all corners of our country so that we sit here peacefully and get on with our day to day activities. “I want the students to remember that the air we breath in, the path we walk on, the country we live so proudly and peacefully is solely because of the officers and veterans sitting here. I am fascinated by Army officers. It gives me immense pride to see a man or woman in any uniform. In the 14 films I have done so far, I have directly or indirectly played some roles where I have worn the Police uniform- Dhruva, Zanjeer and the most recent RRR. I am standing here today only because you all fought for us.”

The actor thanked the officials for inviting him to the event and also the students for participating in such a noble programme.

“I hope to continue doing some kind of service to this country and support the Indian Army, Indian Navy,” he concluded with an Intense Jai Hind.

The theme of the event is to show gratitude towards the war heroes who sacrificed their lives for the nation and to motivate the next generation to serve the country.