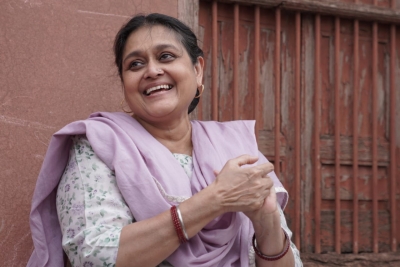 Actress is seen playing the role of Sarla.

The 61-year-old actress shares further that viewers will correlate with the story as one or the other person faces a similar kind of situation in everyday life.

“I think these are normal kinds of experiences which I think everybody must have had in their own way so small little things you know, surprises given, these kind of things happen I think in every family. I think it happens with me in real life and then I have to go through it as Sarla in the show. So a surprise given on a birthday or something like that always gives a lot of happiness to one and that’s what I think has happened in real life as well as in the show,” she adds.

Produced by Posham Pa Pictures, the series will be released on May 6 on Disney+ Hotstar.