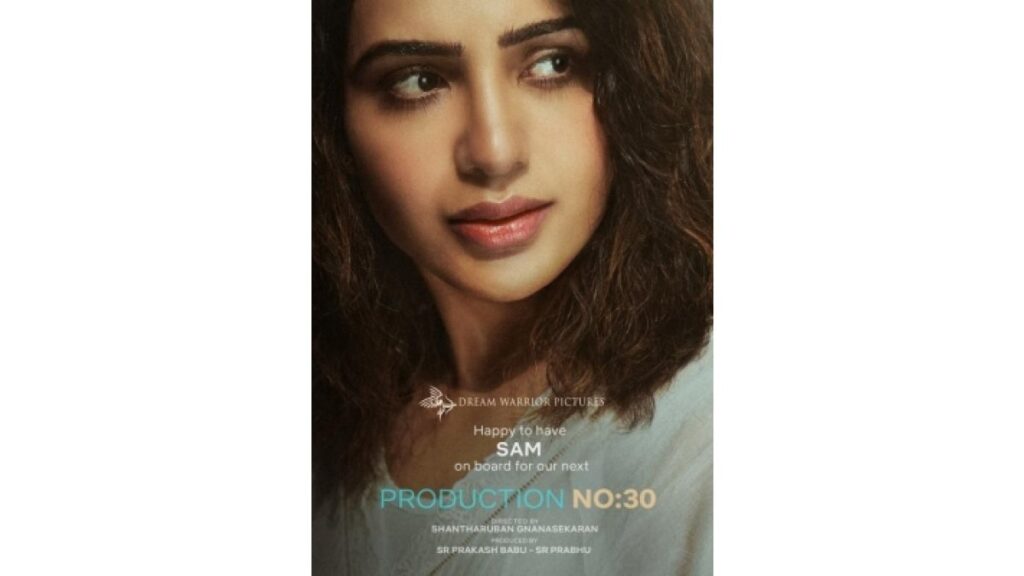 Hyderabad : Samantha Ruth Prabhu is all set for her upcoming movie venture to get on the sets soon.

This yet-to-be titled film will be directed by debutant Shantaruban Gnanasekharan. Also, the movie is a bilingual project and it is to be made in Telugu and Tamil. The makers also unveiled a poster featuring Samantha, along with the film poster.

Samantha looks sad, yet elegant in the picture unveiled by the makers. There is no official confirmation regarding the other cast members to share the screen alongside Samantha yet.

It is reported that SR Prakash Babu and SR Prabhu will be producing the film. Other cast and crew will be revealed soon. Samantha will start shooting for this movie soon, as the makers are making necessary arrangements for the film to get on the sets.

Samantha’s mythological movie ‘Shaakunthalam’ is currently in the post-production phase. The ‘Rangasthalam’ actress recently joined the team to complete the dubbing formalities as well.