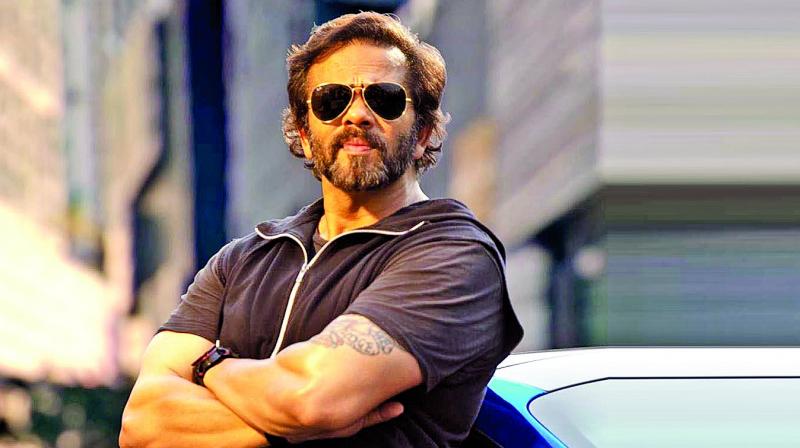 The eagerly anticipated Khatron Ke Khiladi 12 is about to premiere on TV. The fans are split between the numerous well-known celebrities that will display their daring side on the reality show, but Rohit Shetty is back as the host this season. The producers were able to compile an intriguing selection of participants, including Mr. Faisu, Sriti Jha, Rubina Dilaik, Shivangi Joshi, Pratik Sehajpal, and Mohit Malik, among many more. In an interview with a news portal, host Rohit Shetty discusses how many people feel that these celebrities are only “acting” while they perform some daredevil stunts. He also discusses how actors may try to impress the host in order to land roles in movies.

The director revealed in a recent interview that he is frequently questioned regarding the authenticity of the stunts shown on Khatron Ke Khiladi. He revealed, “Usually we shoot the whole show and send out the package to the channel. This is the first time that we will go live on TV while we are still filming. I have often been asked if the stunts are actually real. Many ask me ‘CGI kiya hai kya?’. I then have to explain that ‘yes, every stunt is performed by these contestants themselves’.”

Upon being questioned about if actors want to do well on the show in order to impress him and land a part in one of his films.

“I don’t think so. When I came on board, I had already worked with Mugdha Godse in All the Best, Dayanand Shetty had already signed Singham and Nikiteen Dheer did work with me later in Chennai Express. But no they don’t come on the show to audition for me,” he shared with a smile.

Cape Town, South Africa is the location for the filming of Khatron Ke Khiladi 12, which will be finished by July 16. The programme is scheduled to premiere on July 2 at 9 p.m. on television.