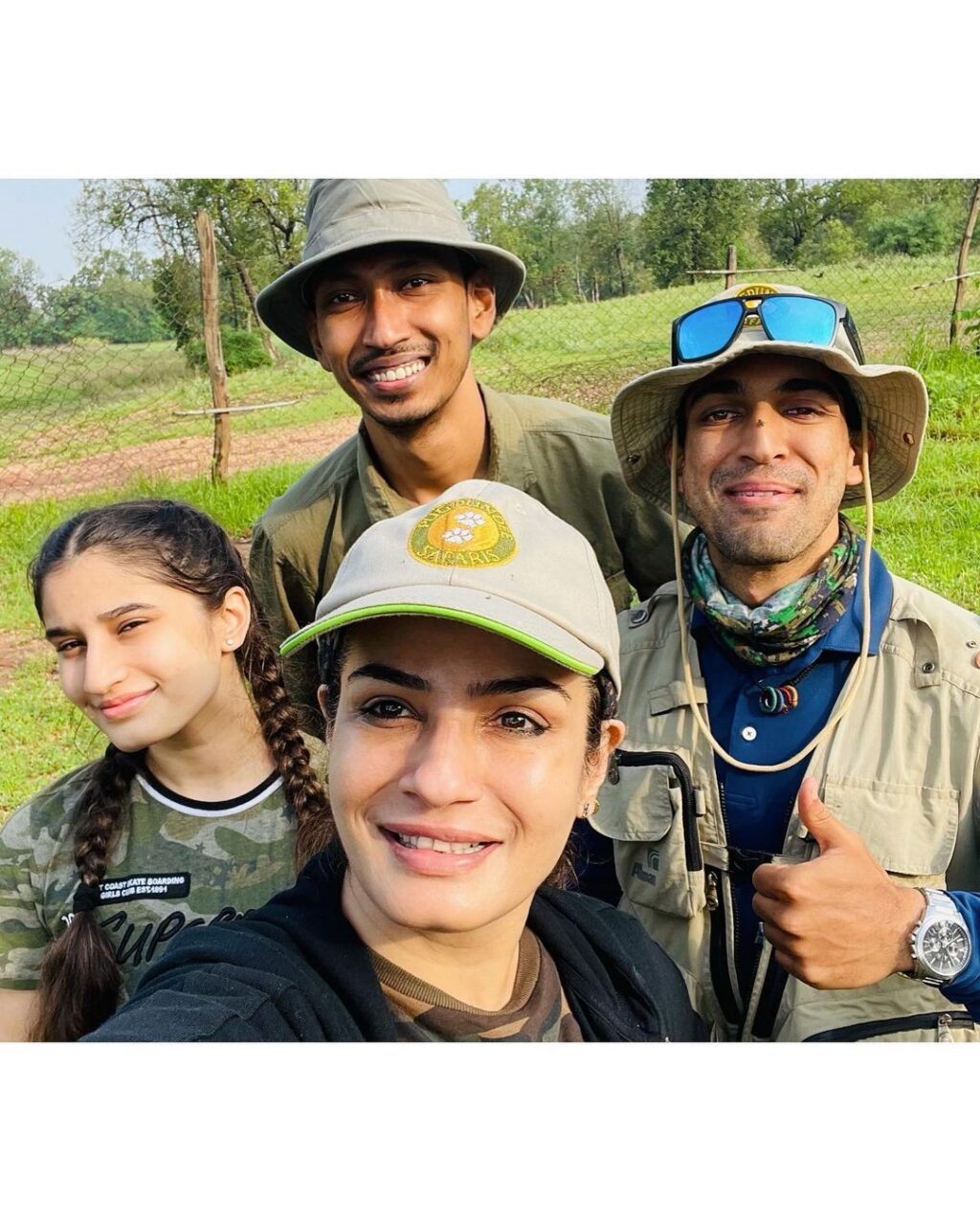 Mumbai: Bollywood actress Raveena Tandon took to social media on Sunday to express her concern for animals that die while trying to cross the roads.

The actress shared photographs and videos of a tiger named ‘Bajrang’ which she spotted during a safari tour inside the Bandhavgarh Tiger Reserve, Madhya Pradesh. In one of the videos, Bajrang can be seen crossing a road to travel to the other part of the jungle.

“And great days are made of these !! Off on a late start, but got lucky as we were entering the park through the #magadhigate. Saw the magnificent #bajrangthetiger leaping over and crossing the road into the other part of the jungle,” Raveena wrote in an Instagram post.

“Luckily these truck drivers were decent enough to respect and give him his space for a safe crossing, a lot of our wildlife isn’t that lucky, we lose a lot of our beautiful wildlife in roadkills, need of the hour for our state governments to lessen traffic movement on these roads stop cutting through forests and make more overhead wildlife crossings.#bandhavgarh,” added the actress expressing her concern.

Raveena checked into the Bandhavgarh Tiger Reserve earlier this week along with her family.

Sharing photographs of herself on Instagram, the actress wrote: “When you follow your passion, you start living your dream…”