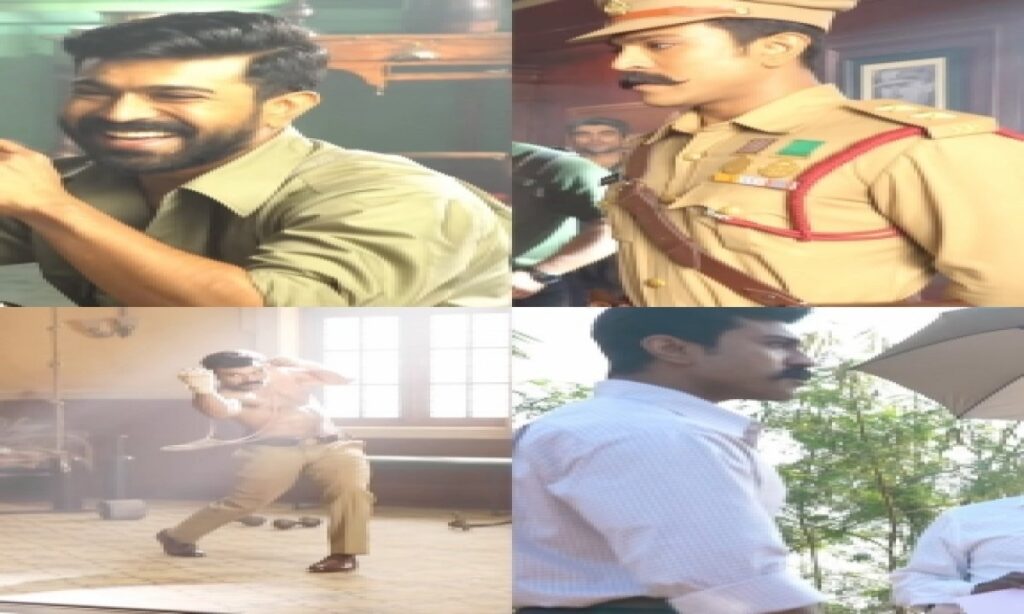 Hyderabad : Ram Charan, who is all set for the release of ‘RRR’, has been promoting the movie along with the cast and his transformation in the film is much talked about.

Ram Charan has been saying that working with S.S. Rajamouli has made him a better actor.

The makers of ‘RRR’ released a video of Ram Charan, in which his transformation for ‘RRR’ is shown.

The video shows off Ram Charan’s hard work, as he portrays three different phases as ‘Alluri Seetharama Raju’ in the film.

As Ram Charan said in one of his interviews, the video hints at the huge transformation of a star, physically, mentally, and visually.

The video starts off with Ram Charan’s entry on the sets of ‘RRR’, while he switches as a sepoy in the next scene. As the video goes on, Ram Charan’s different get-ups are featured, which shows the scene-to-scene transformation.

In every other shot, Ram Charan appears in unique styling, along with his physical looks. The actor had to undergo a huge makeover for the kind of exotic looks he has portrayed in ‘RRR’.

“@alwaysramcharan #InTheMaking of #RRRMovie. Witness India’s biggest action drama from 7th January, only in theatres #MakeTheReelYou #InstagramIndia #RamCharan”, the makers wrote, as they shared the video on Ram Charan’s transformation.

This is the first time that Telugu’s biggest stars have come together for a movie. Ram Charan and Jr NTR-starrer ‘RRR’ is set to hit the screens on January 7.