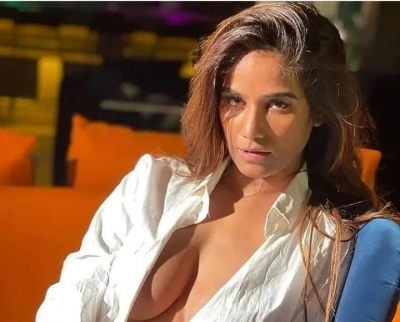 New Delhi, Model-actress Poonam Pandey eliminated from Kangana Ranaut’s reality show, a few days before the grand finale. In an arena task between Poonam and Saisha Shinde, there is a tunnel in which there is a (safety) buzzer, both of them had to enter the tunnel and press the buzzer marked on each letter. Saisha eventually won, Poonam lost and was locked out from the ‘Lock Upp’.

Poonam cried a lot after her loss, before leaving Karan Kundrra praised her and said: “You have had a commendable journey”.

Poonam was seen on the show revealing her secret about facing abuse from her ex-husband. She also shared how her family was thrown out of a housing society because it was her family. Even none of the family members told her the reason why they were thrown out because she was the only earning member.