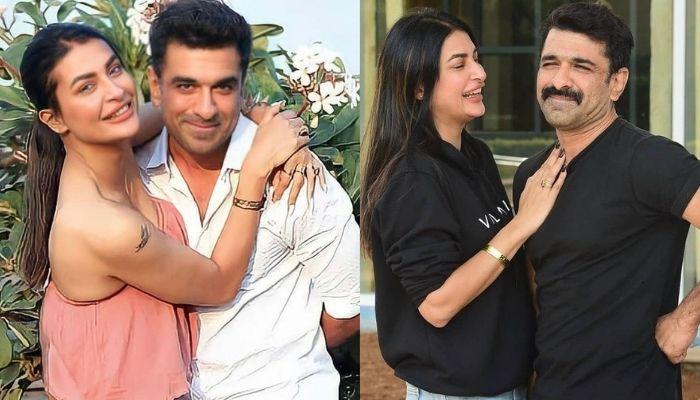 Pavitra Punia is a famous television actress. She last appeared in season 14 of the reality show Bigg Boss, following which she took a year off from television. The actress from the serial Baalveer is back with a new fiction series called Ishq Ki Dastaan – Naagmani. Pavitra has been dating actor Eijaz Khan since their time together on Bigg Boss, the actress is frequently in the spotlight for both her professional and personal lives. Their impending nuptials have been the subject of rumours, and the actress recently spoke candidly with a news portal about the delay in getting hitched because of their demanding work schedules.

Speaking of her relationship with Eijaz and her desire to marry him, she stated, “Everyone is always asking us about our marriage but honestly, we are as good as married. But, when we will officially announce ourselves as husband and wife in a ceremony, is not in our hands. We have been planning since last year that we will do it this year and this year also we are planning it will be this year. Our wedding will be very instant because we have such packed lives. We are trying hard to figure out where to fit our marriage in our schedule!”

She continued by saying that getting married is a very major deal for them both, and they don’t want to do it by taking three days off work before starting again. They wish to take full advantage of the time when they can indulge and experience butterflies in the stomach.

The actress also discussed what it’s like to play a bad character in a show, “I did some shows, like Yeh Hai Mohabbatein, where my character was extremely negative and I used to get threat calls from audiences. I went up to my producer saying I can’t do this because I am being threatened! But later I realised that this bitterness means I have justified the character.” Pavitra will be playing a bad character in her forthcoming programme, Ishq Ki Dastaan – Naagmani, she announced.