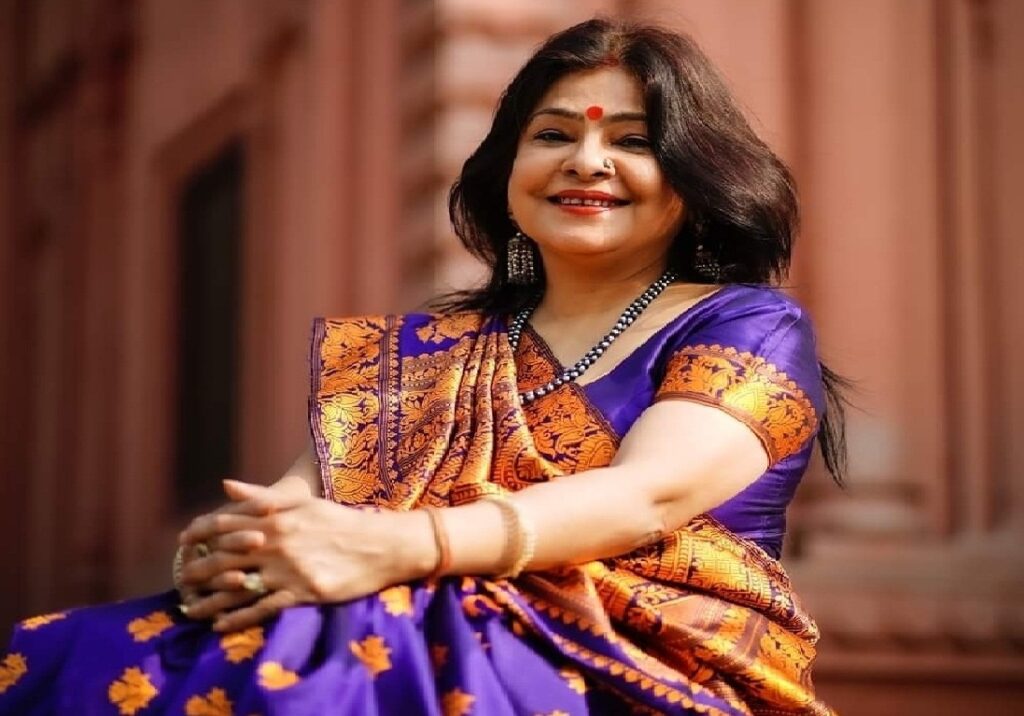 Lucknow: Folk singer and Padma Shri awardee Malini Awasthi expressed happiness and optimism on the occasion of the 75th anniversary of India’s Independence. She said now we are returning to our roots again. The rich culture and traditions of India have started influencing the world again, she added.

In an exclusive conversation with our correspondent, Malini Awasthi said, “India became independent after the second world war. Despite the geographical and political circumstances at that time, the journey from there to the present day may look like 75 years, but we are people of an ancient country which is 10,000 years old. As the time is passing we are returning again to our roots. We are respecting Indianness which is a good sign. Today’s young generation is fully driven towards their responsibility, Indianness and duties. The new generation is not a slave to any fixed ideas.”

Asked about the progress of the country, she said, “Our culture, civilization and history is quite ancient. That’s why it has various dimensions. The country is moving forward with these which is a big deal. With one hand India is holding its traditions and festivals and on the other hand it is progressing with the support of science and development. This joint coordination is making the country stronger. It is such a vast country and despite variations, unity in diversity has been the beauty of India which is progressing rapidly now.”

Responding to another query, Awasthi said, “We have a vibrant democracy in our country. Its protection is the responsibility of every citizen. It not only lies with the political leaders, soldiers, IAS officials, doctors etc but all citizens should discharge their responsibilities. If you respect nationalism, the country will emerge stronger.”

Asked about the change in position of women during these 75 years, she said the environment has improved for women. “Whether in the field of education, sports or arts, women power is being promoted everywhere. Young girls in the country are emerging at the top in every field not only in the country but across the world. They are making the country proud which is a positive signal,” she added.

Malini Awasthi is quite active as a folk singer. She is well-versed in many local dialects spoken in India. Apart from Bhojpuri, she sings songs in Awadhi and Bundeli which are famous for ‘thumri’ and ‘kajri’. In 2016, the Narendra Modi government at the Centre honoured her with the Padma Shri award for her immense contribution in the field of culture.

She has also participated in several cultural programmes organised in India as well as in many other countries. She has enthralled people with her voice in Trinidad, Mauritius, Fiji, US, Pakistan, London and Netherlands. Her husband Awanish Kumar Awasthi is a senior IAS officer. Presently, he is working as an Additional Chief Secretary, Home department, Uttar Pradesh government.

Malini Awasthi has also served as the brand ambassador for the Uttar Pradesh Assembly elections and the Lok Sabha 2019 elections. Before getting the Padma Shri award, she was bestowed other awards such as Yash Bharati, Nari Gaurav, Kalidas Samman.