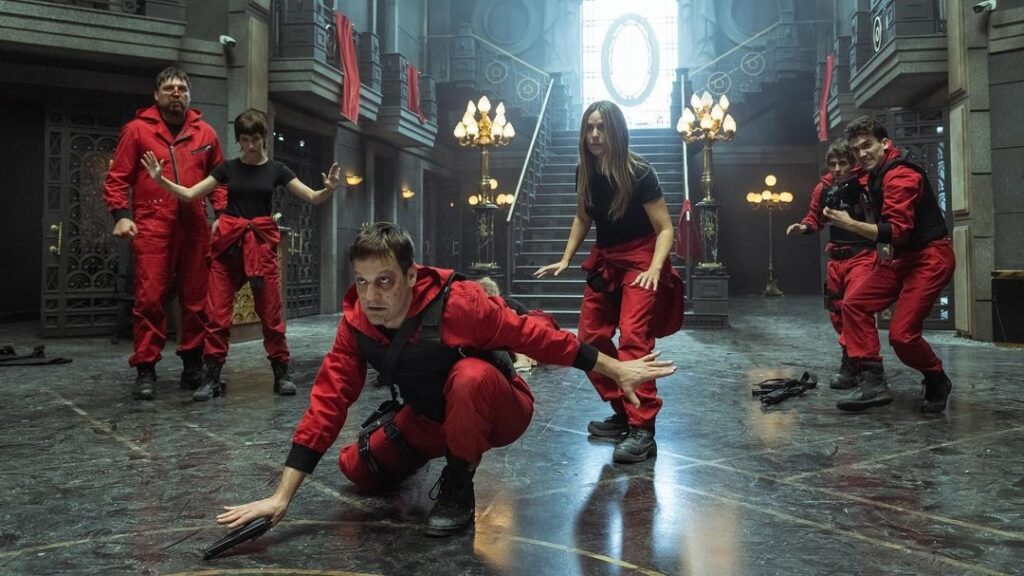 The Spanish heist thriller series started in 2017, and has so far two seasons of two parts each. The upcoming part five will mark the finale of the show.

The Alex Pina series tells the story about a criminal mastermind who goes by the name of The Professor, who plans the biggest heist in history — to print billions of euros in the Royal Mint of Spain. Helping him in his ambitious plan are a group of specialists who go by names of cities. The group takes hostages to help them in negotiations with authorities are gunning to nab The Professor.

The first images of the finale promise heavy-duty action as The Gang must bring out its toughest side to survive, fuelled by anguish, more weapons and the desperation of not having a plan. As the finale of the Netflix series unfolds.