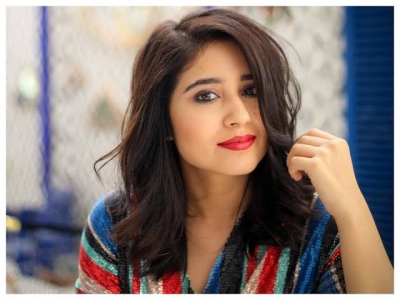 Mumbai,From the time she made her debut in Hindi cinema with the film ‘ Masaan’ and eventually projects like ‘Mirzapur’, ‘Made in Heaven’, ‘Laakhon Mein Ek’, ‘Raat Akeli Hai’, ‘Yeh Kaali Kaali Ankhein’ and more – actress Shweta Tripathi earned her space as a credible performer.

Now that she makes her debut as a voice artist with the first every Hindi podcast on Batman titled ‘Batman: Ek Chakravyuh’, in conversation the actress opens up on the magic of audio.

Shweta told : “I think from the time I started working as an actress, I wanted to explore something in the voice, be it a radio play, voice-over, recitation or something. The reason is coming from my childhood. As a child, the radio was one of my best friends not only because of the latest music we used to hear but also the audio medium where we always wanted to know the face behind the voice. Of course, now, that mystery part has changed but the only way to watch something with your eyes closed is, a podcast or a radio show.”

She said, “This is the first time I played a police officer and interestingly I played a character that all the Batman fans know everything about, already. So the challenge was to keep the audience engaged with the story and my voice. Through the process, I realised that microphone is like a camera for a voice artist. For our voice modulation, our breathing also changes and the mic captures that magically. I think after doing this podcast, I have become a better actor.”

Since the show is in Hindi language with the intention to reach out to a broader section of the listeners in India, Shweta shares how the script has been written interestingly.

“You see, we all know the story of Batman but our podcast ‘Batman : Ek Chakravyuh’ is not a translation from English to Hindi. We have Indianised the content and added mythological elements to that. My character Barbara wants to be a police officer because she wants to help her father. But that’s the only thing her father asked not to become, and we tried to put it in an Indian context. So, eventually, it comes across like our story,” Shweta signed off.