Mumbai : Days after a complaint was filed against her for spreading hate, actress Kangana Ranaut on Friday said she is ready to go to jail. She also revived the intolerance row, this time targeting actor Aamir Khan. Earlier this week, the Mumbai Police issued summons to Kangana and her sister Rangoli Chandel following an FIR lodged against them with sedition charges included.”I worship people like Savarkar, Neta Bose and Rani of Jhansi. Today the government, trying to put me in jail that makes me feel confident of my choices, waiting to be in jail soon n go through the same miseries my idols were subjected to, it will give a meaning to my life, Jai Hind,” she tweeted. She also tagged actor Aamir for his silence on the matter, in a separate tweet she wrote in Hindi.

She wrote: “The way Rani Lakshmibai’s fort was broken, my house was also broken; the way Savarkarji was put in jail for rebellion, they are trying their best to send me to jail as well. Someone should go and ask the intolerance gang about how much pain they have gone through in this intolerant nation? @aamir_khan.” Back in 2015, Aamir had made headlines when he had said that he was “alarmed” over rising intolerance in the country and that his wife Kiran Rao had even suggested they leave India because she feared for the safety of their child.

In the fresh complaint, Munawwarali Sahil A. Sayyed has accused Kangana and her sister for spreading communal hatred and falsehoods. The sisters have been directed to report at Bandra police station on October 26-27, five days after the Bandra Metropolitan Magistrate JY Ghule took cognisance of Sayyed’s complaint and ordered an FIR to be registered against the siblings on October 17.Sayyed has accused Kangana and Rangoli of defaming the film industry, portraying the people working in the industry in a bad light, with claims of nepotism, drug addiction, communal bias, attempting to drive a wedge between artistes of different communities, calling them murderers, insulting religions etc on social media and through public statements. Lately, Kangana has been making headlines for her war of words with the ruling Shiv Sena leaders, after she compared Mumbai to Pakistan Occupied Kashmir, and the administration to Taliban. 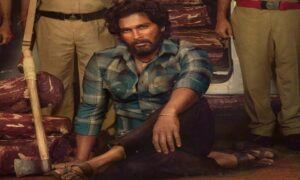