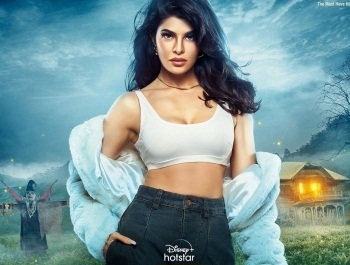 Mumbai: Actress Jacqueline Fernandez took to social media on Thursday to introduce her character in the upcoming horror-comedy film “Bhoot Police”. Jacqueline’s characters in the film is called Kanika.

In the photo, Jacqueline can be seen standing in a field holding a whip in her left hand with a spooky looking scarecrow in the background.

Produced by Ramesh Taurani, Akshai Puri and co-produced by Jaya Taurani, “Bhoot Police” is slated to release on Disney+ Hotstar.