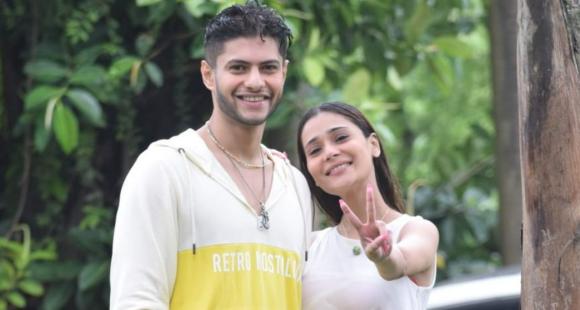 Actress Sara Ali Khan has won our hearts with her stint in popular TV show Bidaai. Post appearing on the reality show Bigg Boss, her relationship with Ali Merchant was the talk of the town. However, the couple is now seperated.

If recent reports are to be believed, Sara has found her someone special and is rumoured to be dating a pilot named Shantanu Raje who hails from Thane. According to reports in a news portal, Sara and Shantanu have been dating for sometime now apparently for a year and the two met on social media. Initially, Sara and Shantanu became friends and then fell in love with each other. The actress is very serious about Shantanu and so is the latter. The report further adds that Sara is planning to make her relationship with Shantanu official very soon.

Sara and Shantanu recently celebrated Eid together and the duo will soon be starring together in a music video by Mohit Chauhan. Sharing the news with fans Shantanu posted a picture of the couple with the singer on Instagram, he wrote in caption: Very excited for my first ever music video I will be featuring in the Song with Sara Khan❤️ Sung by the great Mr. Mohit Chauhan sir.

On the work front, Sara Ali Khan was last seen in Kangana Ranaut hosted reality show Lock Upp. Her ex-husband Ali Merchant, too, joined the show. For the unversed, Sara Khan and Ali Merchant earlier participated in Bigg Boss 4 in the year 2010. The two fell in love and tied the knot on the show. However, they soon parted ways.