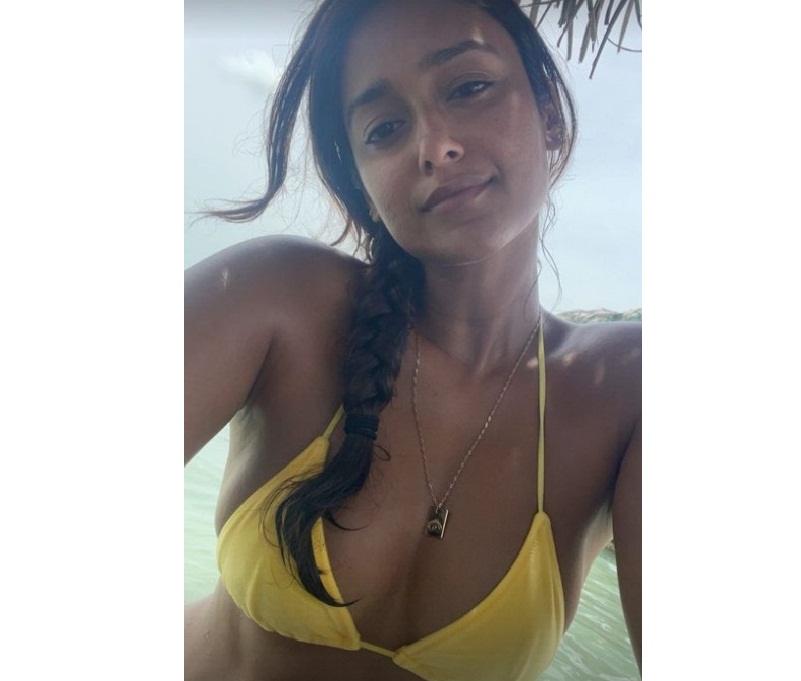 Mumbai: Actress Ileana Dcruz is spending her day at the beach, going by the post she has shared on social media.

Ileana posted a picture on her Instagram story, where she is seen flaunting her perfect tan in a stunning bright yellow bikini. She completed her look with a golden chain, flaunting a no-makeup look.

For the caption, she wrote: “Tan (tick mark emoji)”.

Ileana’s latest release was the digital film “The Big Bull” starring Abhishek Bachchan. The film was loosely based on the securities scam of 1992.

She will next be seen in “Unfair N Lovely”, a comic take on India’s obsession with fair skin. The film is set against the backdrop of Haryana and features Ileana opposite Randeep Hooda.