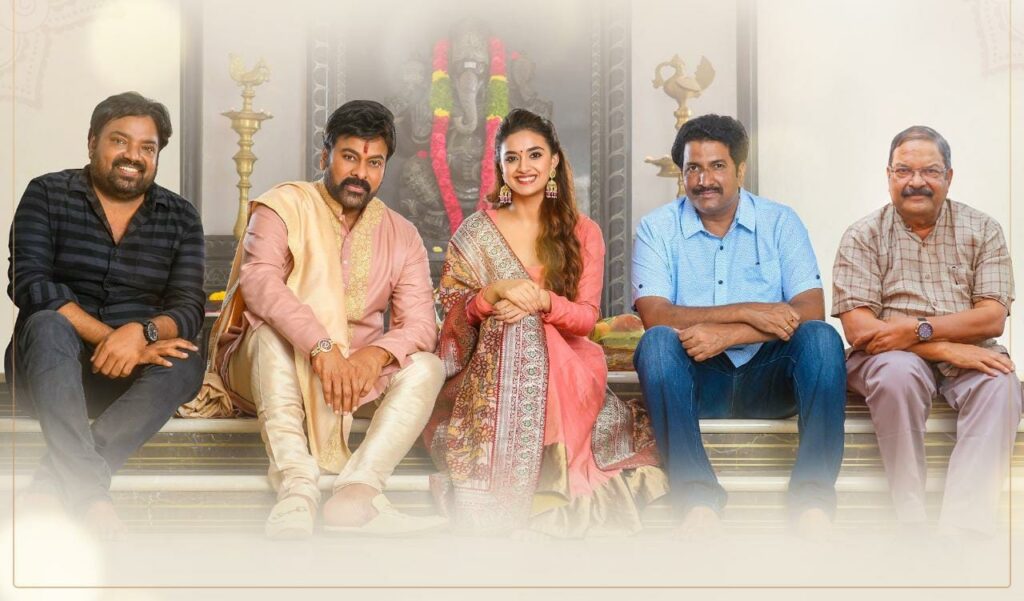 Hyderabad : The makers of Telugu megastar Chiranjeevi’s upcoming movie ‘Bhola Shankar’ have made an announcement regarding the release of an exciting update on the film.

The makers have announced the release of ‘Swag of Bholaa’ on Saturday, though it is not known yet if the makers plan to release a poster or a teaser of the film.

“Get Ready to Celebrate New Year in a Massive Way: A MEGA EUPHORICA Update Loading,” the makers wrote on their Twitter timeline.

Helmed by Meher Ramesh, ‘Bholaa Shankar’ is currently under making. Being the Telugu remake of Tamil blockbuster ‘Vedhalam’, the anticipation is high.

Tamannah Bhatia will be seen as the female lead opposite Chiranjeevi, while ‘Mahanati’ fame Keerthy Suresh will play Chiranjeevi’s sister in ‘Bholaa Shankar’.

Anil Sunkara’s AK Entertainments and Creative Commercials are the producers of the film.

Chiranjeevi has a handful of movies now, of which ‘Acharya’ has been wrapped up and is all set for release soon.

The actor is also shooting for ‘Godfather’, besides having a couple of more projects up his sleeve.