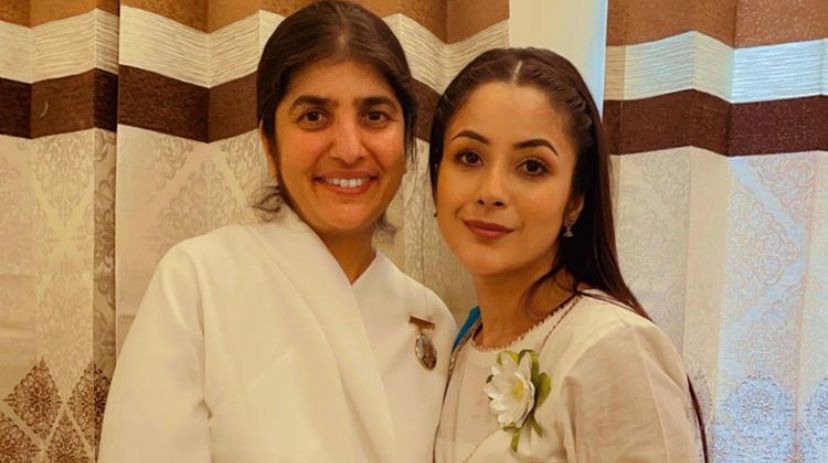 After the death of her close friend Sidharth Shukla, Shehnaaz Gill became involved with the Brahma Kumaris. She just signed up to be an ambassador for a spiritual organization’s initiative to empower girls. She attended an event on May 6 where she was honoured by Brahma Kumaris.

On social media, there are several photographs and videos from the event. Shehnaaz is shown in photos and videos giving a heartfelt speech in which she declares her desire to work harder for the sake of society. In a few others, she can be seen dancing on stage with the Brahma Kumaris’ sisters.

Fans are delighted to witness this side of Shehnaaz through these images and videos, which have gone viral. Furthermore, fans are swooning over her performance at the event and showering her with love and respect. As admirers show their support for Shehnaaz, the hashtag ‘Keep Shining Shehnaaz’ has trended on Twitter.

Another fan gave a glimpse of Shehnaaz’s speech and wrote, “My baby @ishehnaaz_gill I don’t have enough words to write She always exceed our expectations!! Proud moment KEEP SHINING SHEHNAAZ #ShehnaazGill”.

Shehnaaz Gill was introduced to the Brahma Kumaris by late actor Sidharth Shukla, with whom she shared a deep bond. She remained involved with the organisation after his demise.

Shehnaaz Gill left early the morning of May 6 for the Brahma Kumaris’ function. She was seen in a stunning outfit at the airport.