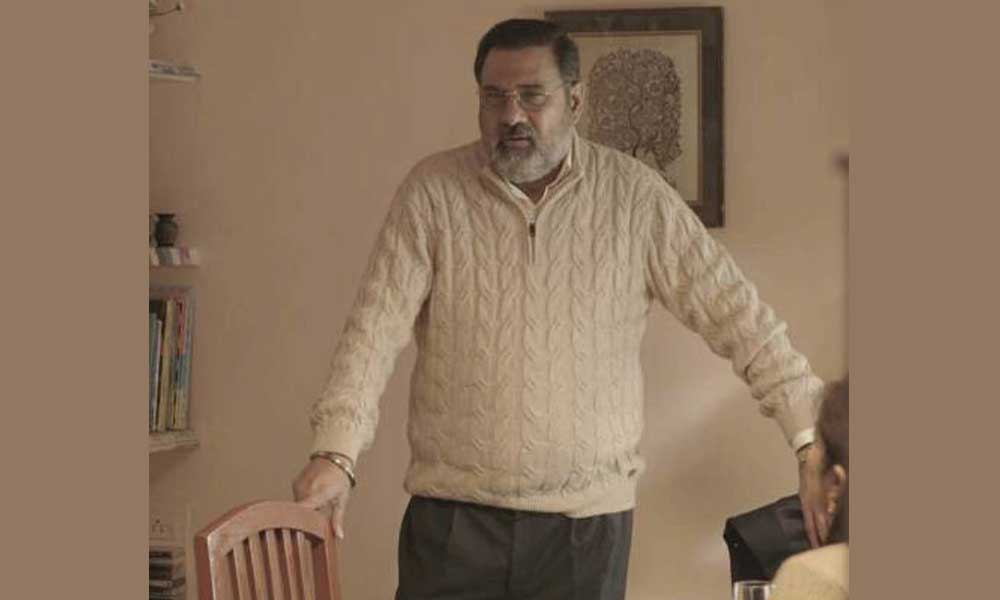 Mumbai : Boman Irani, whose psychological thriller series ‘Masoom’ released on OTT on Friday, recently opened up on his most memorable moment from the shoot.

For him, the shoot was a very fulfilling experience, with a constant smile emanating from a job well done.

Elaborating on the same, Boman said, “I think nothing works better than the satisfying completion of a scene and a happy ending of a day where everyone looks around at each other and an unsaid look in each other’s eyes, wishing each one ‘good night’ knowing that we have something good in the bag.”

“We discount the fact that a good day’s work is actually the best feeling while driving home. If you are driving home, you are tired and you knock your head back to the seat as to how the day went and a little smile creeps in your face. The crew was amazing, great DOP, great assistants and great art team. The hours are long, we were not in town and we were in Chandigarh and travel time used to play a big part”, he added.

Recollecting the day when he strummed the six strings over dinner, the actor said, “However one day, as luck would have it, we had a day off and we rounded up a bit. We went for dinner at a mall in Chandigarh in a club. We got together, got to know each other, I jumped up on stage and picked up a guitar, did some songs and all of us felt wonderful as if we walked out of a rock concert.”

‘Masoom’ is currently available to stream on Disney+ Hotstar.