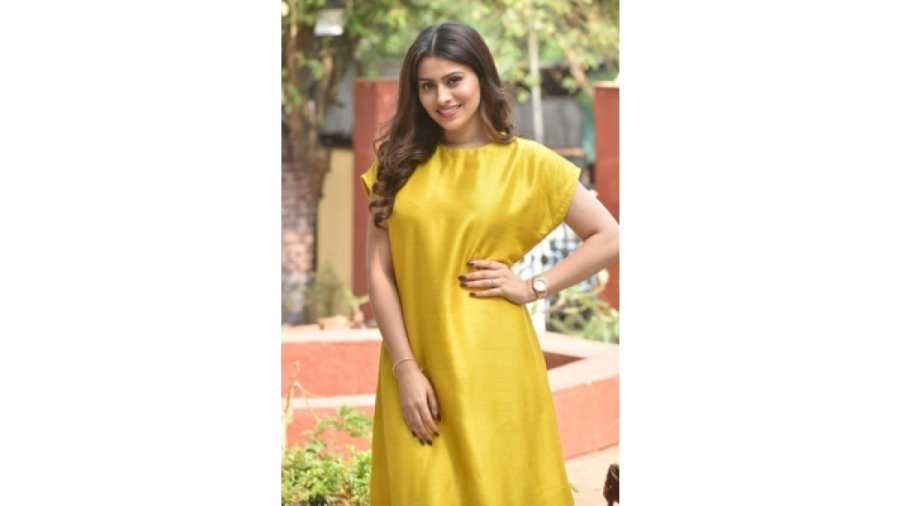 Mumbai : Aparna Dixit as Anjali is the new entrant in the ongoing show ‘Woh Toh Hai Albelaa’. The actor is happy to have bagged the drama and feels the title is unique and interesting.

“I got to know about the show when I got a call for this character. When I got to know about the production, the story, star cast and it was all just so amazing that I thought ‘okay let me hear the character’ because of course I had my inhibitions of entering an ongoing show. But one thing was there, that is I always wanted to work with Rajan sir. I’ve seen his shows before and know how good they are.”

“The good thing about the show is that it’s very relatable and it also has a lot of interesting characters. Another thing that is special is that this show is based in Agra, my home town,” says the actor, who was last seen in the TV show ‘Pyaar Ki Luka Chupi’ and web series’ ‘Exit’ and ‘Sabse Bada Rupaiyaa’.

Aparna’s character Anjali is very energetic, positive and brings a different kind of vibe to the show.

“She is Kanha’s (Shaheer Sheikh) support system. These days the show has gotten serious and amid all that she is a breath of fresh air. She loves Kanha immensely, they both have been in a relationship. Anjali is close to Kanha’s family. She is today’s girl, who respects everyone,” she adds.

Aparna further shares her experience of working with the cast of the show.

“My experience so far has been quite good. The first day went very well although I was sleep-deprived as I had prior commitments and I had to come for the shoot directly but I think I couldn’t have asked for a more fulfilling day. The entire day I shot with Saheer. He is a supportive co-actor and made it all very comfortable. The vibe of the set is nice too,” she shares.

On TV, ‘Woh Toh Hai Albelaa’, is Aparna’s first show this year. “I was doing different things like I did 2-3 music videos this year. Before that I did a series last year. So basically I was waiting for the right kind of show and character to be back on TV and finally got one. Until that happened I was trying out different things and even worked on the web space. Anjali’s character is very different from what I have done before. I try to choose stories and characters that are interesting, allow me to do better and are different from my earlier characters,” she explains.

These days, both stories and characters are very relatable. And, this does help in building a connection with the audience, feels the actor.

“These days our audience has become smart so if we show them something fake or not relatable they will just disconnect from the same. So TV has also come a long way, as per the time and preferences, we have changed the pattern, now things are more realistic, natural, but obviously there is a little liberty that is taken to add a little drama to it,” she says.

“People do not belong to a particular region enjoy learning about its language, culture, dressing pattern, food etc via shows and cinema. So that immediately makes it interesting for them. On the other hand, for people belonging to the region, it feels like watching themselves on screen,” she adds.

As an actor, Aparna takes up every show as a new adventure. “Every time it’s a different, new and unpredictable journey so it’s quite fun and interesting. The next important step is to perform well and get a grip of your character so that it looks convincing to the audience and you are able to win their hearts. Audience enjoying the story and loving the character is the best reward for any actor. I get so many messages from people on Instagram, some even tag me on different posts saying how much they like Anjali. I feel grateful,” she concludes.