“I was subjected to unwanted overtures by Arjun Sarja on the sets of a film in 2016. I could not raise the issue when the issue took place as there was no internal complaints committee in the film industry,” Sruthi told reporters.

There was a need for an active internal complaints committee in the Kannada film industry, stressed the actress, who was joined by Kannada actor Chetan and film directors Kavitha Lankesh and Roopa Iyer among others, during a media interaction.

The 29-year-old actress addressed media a day after she named 54-year-old Arjun of sexually harassing her through a Facebook post.

“During a (film) rehearsal, we delivered our lines and Arjun hugs me. With no forewarning or permission, he runs his hands intimately up and down my back. He pulls me closer with my body taut against his and asks the director if we could use this idea of foreplay in the scene,” the actress had stated in her post.

The incident which took place before 50 of the film’s crew had left her “aghast”, the actress noted in her post.

Arjun, popularly known as ‘Action King’ who acted in over 150 movies across Tamil, Telugu and Kannada languages, has, however, dismissed the allegations as “false”.

“The allegations being levelled against me are entirely baseless. I am shocked to hear such false allegations,” Arjun earlier told a local news channel responding to the sexual harassment charges.

Speaking up about the sexual harassment faced had led to several of the actor’s fans to intimidate her, the actress said.

“I have been constantly getting calls from Arjun’s fans since I posted my statement on Facebook. I was prepared for the intimidation after making the statement,” she said. 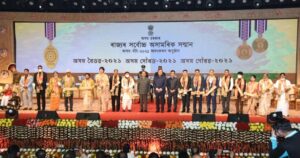 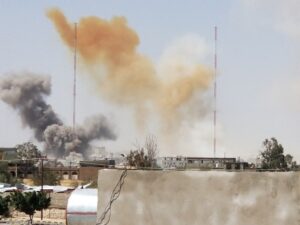 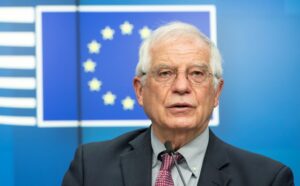