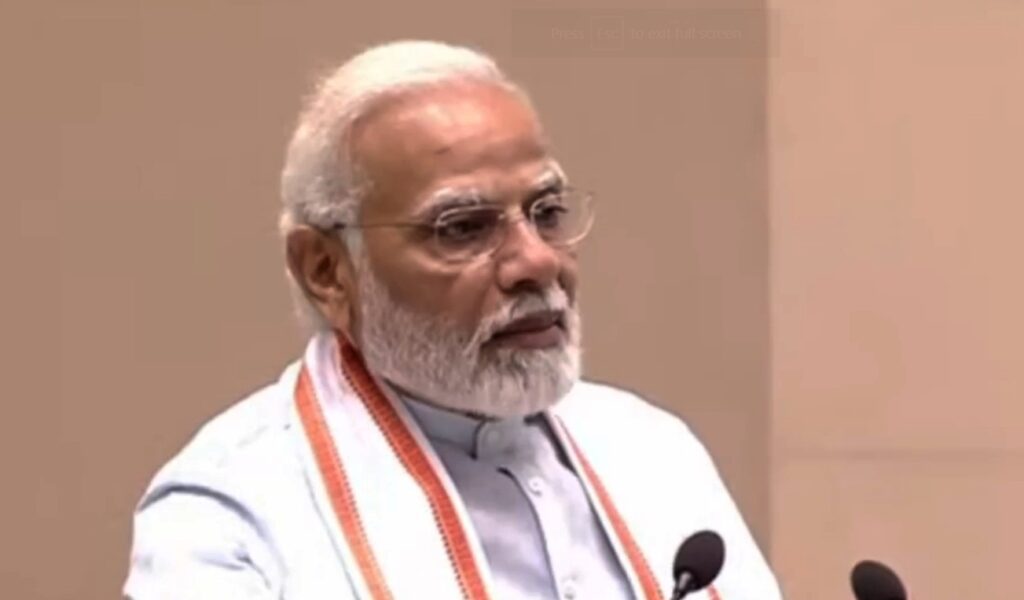 New Delhi : Every state must recognise its strength, define its targets and develop a roadmap to achieve the same as this is essential for India to become a $5 trillion economy, Prime Minister Narenda Modi said at the national conference of Chief Secretaries which concluded on Friday.

“Urban areas will be key in future development and employment generation. Therefore, urban local bodies must be strengthened, and urban planning should be done innovatively,” Prime Minister Modi said.

The conference, chaired by the Prime Minister, was attended by young district collectors and magistrates from states and union territories as well as the officials from Union ministries.

Appreciating the extensive sessions, the Prime Minister said that the deliberations were useful in laying out a roadmap for the sectors. He stressed that the Centre and states work together as “Team India”. The action points and fresh ideas discussed at the conference must be implemented without delay, he said.

Emphasising on minimum government and maximum governance, Prime Minister Modi stressed the need to ensure greater ease of living in India. He also said that decriminalisation of minor offences should be taken up in mission mode.

He also spoke on the usage of drones in the service industry, such as for the delivery of essential drugs or horticultural products especially in hilly areas, which would add more economic value to the farmers and service providers.

Urging that all vacancies across state government departments must be filled, the Prime Minister said the states must identify such vacancies under each sector and fill them. “The states must try to integrate anganwadis with primary schools to achieve the goals of the National Education Policy,” he added.

While stressing on the need for improving the usage of technology in all government schemes and programmes for creating interoperability of datasets of the Centre and states, the Prime Minister also said that PM-GatiShakti should be appropriately implemented to attract investment.