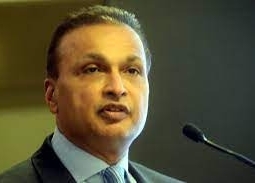 New Delhi,  The shareholders of Reliance Infrastructure Limited (Reliance Infra), through postal ballot, have approved with overwhelming majority, the raising of funds upto Rs 550.56 crore by preferential allotment of upto 8.88 crore equity shares and/or warrants convertible into equivalent number of equity shares of the Company to promoters and VFSI Holdings Pte. Limited, an affiliate of Varde Investment Partners, LP.

The shareholders of Reliance Infra have also approved with overwhelming majority, the raising of funds by issue of Foreign Currency Convertible Bonds (FCCB) up to 24 per cent of the than fully diluted equity share capital of the Company.

The funds raised would be utilised for long term resources, for general corporate purposes and to fund future growth.

Reliance Infrastructure Limited (RInfra) is one of the largest infrastructure companies, developing projects through various Special Purpose Vehicles (SPVs) in several high growth sectors such as Power, Roads and Metro Rail in the Infrastructure space and the Defence sector.

RInfra is a major player in providing Engineering and Construction (E&C) services for developing power, infrastructure, metro and road projects. RInfra through its SPVs has executed a portfolio of infrastructure projects such as a metro rail project in Mumbai on build, own, operate and transfer (BOOT) basis; nine road projects on build, operate and transfer (BOT) basis. RInfra is also a leading utility company having presence in Power Distribution Business in Delhi.