New Delhi, As the work-life balance get blurred globally in the pandemic times, India came out top with over 41 per cent of workers citing the lack of separation between work and personal life negatively impacting their wellbeing, resulting in increased stress levels, a Microsoft study revealed on Wednesday.

Close to one third of workers in India (29 per cent) cited increased rates of burnout over the past six months, according to Microsoft’s latest ‘Work Trend Index’ report.

“As businesses adapt to a new way of working, it is important to examine the multifaceted impact that the new working conditions are having on employees. This is helping us provide relevant and timely solutions to all our customers and users,” said Samik Roy, Country Head, Modern Work, Microsoft India.

Surveying over 6,000 information and first-line workers across eight countries globally including Australia, Japan, India and Singapore, the study found that India had the second highest percentage of workers facing increased burnout in Asia, at 29 per cent.

The findings showed that no commute may be hurting, not helping, remote worker productivity.

A massive 92 per cent those surveyed said meditation can decrease work-related stress.

Microsoft recently announced a series of updates within Teams to support employee wellbeing, including virtual commute experience and a curated set of mindfulness and meditation experiences.

The study found that 29 per cent of workers in India are experiencing increased burnout at work, owing to its increase in workday span by one hour.

“While workers in Australia saw the highest increase in workday span in Microsoft Teams at 45 percent, with a medium increase in burnout, India had the longest workday span of surveyed markets”.

The top stressors shared by workers in India was the worry about contracting Covid-19 at work and feeling isolated or disconnected from co-workers, at 42 and 35 per cent respectively.

The study also found that 19 percent of workers have not been provided the tech or protective equipment they need to effectively socially distance by their company, contributing to increased stress levels.

“In the last six months, we have seen how Covid-19 has created an era of remote everywhere. It has led to the evolution of a new workplace — from a physical space to one residing in a virtual world,” Roy said. 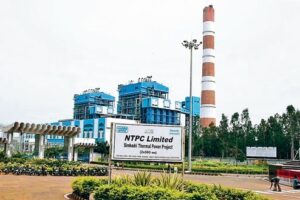