The Minister, in a conference cited that the new policy will enable the usage of drones in multiple sectors.

“The new policy will promote research and development, manufacturing, service delivery in the country,” he said.

“There are already 200 Startups in the country even before the announcement of this policy. We expect generation of thousands of jobs via this policy.”

The Centre has replaced the UAS Rules with the liberalised Drone Rules, 2021 which are built on a premise of trust, self-certification and non-intrusive monitoring.

“They were perceived by academia, Startups, end-users and other stakeholders as being restrictive in nature as they involved considerable paperwork, required permissions for every drone flight and very few ‘free to fly’ green zones were available,” the MoCA said in a statement.

“Based on the feedback, the Government has decided to repeal the UAS Rules, 2021 and replace the same with the liberalised Drone Rules, 2021.”

“Drones can be significant creators of employment and economic growth due to their reach, versatility, and ease of use, especially in India’s remote and inaccessible areas,” the statement said.

“In view of its traditional strengths in innovation, information technology, frugal engineering and huge domestic demand,India has the potential to be a global drone hub by 2030.” 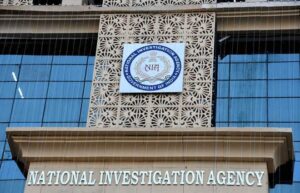