New Delhi, The government has decided to get prior security clearance of entities placing a price bid for Bharat Petroleum Corporation Ltd. as it looks to prevent any last leg disruption in the bidding process while eliminating any chance of bidders with even any indirect Chinese linkage from being declared the winner.

Sources privy to the development said security clearance of all bidders before placing the financial bid or simultaneously with the price bids has been made mandatory to weed out unwanted entities and allow only companies or consortiums passing muster, to qualify in the process.

“Normally, security clearance process follows financial bidding stage after an entity is declared winner on the basis of its price bid. However, for BPCL strategic sale, extra care is being taken to ensure that process is not derailed after an entity is declared winner and company’s valuations comes out in public domain. Earnings from BPCL privatisation would be key to government achieving ambitious disinvestment target of Rs 2.1 lakh crore this year,” said a government official privy to the development.

The queries generated to BPCL preliminary information memorandum (PIM) has seen clarity being sought by prospective bidders over the security clearance process. In its latest clarification issued last week, DIPAM has also said interested parties may have to obtain security clearances while submitting their price bids.

The issue of security clearance privatisation of a company in the strategic energy sector was also discussed in a late last month meeting of the core group of secretaries on disinvestment.

While DIPAM has eased the disinvestment process for bidders allowing them to change the structure of investing company right upto the stage of signing the share purchase agreement, however all such changes would follow proper security scrutiny first.

While the government had already changed the goalpost for investment from countries sharing a border with India as these now need to get the Indian government’s approval first, extra care is being taken for investment in strategic sectors such as oil and gas to prevent entry of entities from hostile nations such as Pakistan and China.

The government has thrown an extra ring around any investment proposal from countries such as China with which its relations have deteriorated after the June clash with Chinese troops in which 20 Indian soldiers were killed. The government has already put restrictions on Chinese presence in the power sector while it has also banned several Chinese apps like Tik Tok, PubG citing security concerns.

The government is selling its entire 52.98 per cent stake in BPCL to a strategic buyer. The PSU’s disinvestment, that could likely fetch close to Rs 50,000 crore to the exchequer, is also seen as a test case for the government’s strategic disinvestment programme. 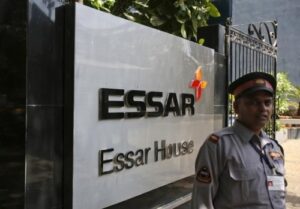